Atlanta United players painted the town red – and black ­– on Monday, putting the finishing touches on a new mural which celebrates their new partnership with Delta. The airline will serve as the team’s Official Airline Partner and will be the primary carrier to fly the team to its road matches through the 2022 season. 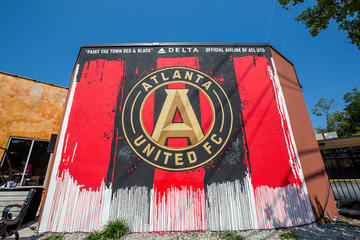 Nearly 100 fans commemorated the moment by helping Delta unveil the Atlanta United-themed wallscape outside a local pub in Decatur, Ga., a stronghold for the team. Atlanta United stars Josef Martinez, Yamil Asad and team captain Michael Parkhurst added the last drips of paint, along with their autographs, before taking photos with fans.

Julieta McCurry, Delta’s Managing Director – U.S. Marketing Communications and Sponsorships, thanked the team for coming out and wished them luck as they get ready to play their first match at the new Mercedes-Benz Stadium on Sept. 10.

“We’ll be right there cheering you on in your new home,” McCurry said. “I’m looking forward to high five-ing these guys as they walk out of the locker room, through the Delta Sky360 Club, on their way to the field.” The new Delta Sky360 Club at the Mercedes-Benz Stadium will give fans a unique chance to interact with the team, as players will pass through the club onto the field before each match. 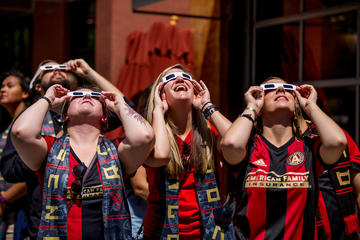 The custom-designed wallscape depicts the Atlanta United logo against a backdrop of five red and black stripes, which are based on the team’s home jerseys and its five pillars of character: unity, determination, community, excellence and innovation. Fans can visit and take photos with the artwork until the end of the season.

Atlanta United is the third Major League Soccer team to partner with Delta as its Official Airline Partner, in addition to the Seattle Sounders FC and the Los Angeles Football Club. 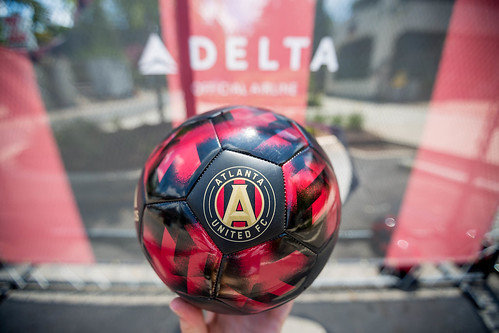