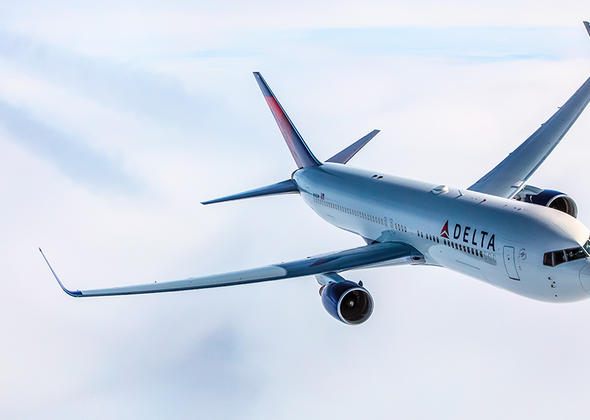 It was a banner operational year for Delta. The airline shattered records and topped performance charts for the better part of 2018, highlighted by a record 251 days without a mainline cancellation1. Recognizing Delta’s strong performance, FlightGlobal awarded Delta ‘Most On-time North American Mainline,’ ‘Most On-time North American Network Airline,’ and ‘Most On-time International Mainline Airline.’ It’s the second year in a row Delta has taken top honors in the annual On-Time Performance Service Award.

“This is yet another testament to the hard work of Delta people, who have worked diligently to serve more customers than at any time in Delta's history with unprecedented operational reliability,” said Ed Bastian, Delta’s CEO. “My appreciation for the work Delta people do has never been higher, and I’m looking forward to an exciting 2019.”

Delta closed out 2018 with an impressive 99.65 percent completion factor1 — the calculation of flights flown versus scheduled. The airline also secured an on-time arrivals rate of 85.96 percent of flights arriving within 14 minutes, the Department of Transportation’s definition of on-time and a metric that garnered the attention of Chicago Business Journal's Lewis Lazare who wrote in March that Delta was putting its biggest domestic competitors "to shame in the on-time arrivals derby." Delta saw 71.79 percent2 of flights arriving at their scheduled arrival time.

The airline’s maintenance teams paved the way for 323 days without a single mainline cancel as a result of maintenance and 4,000 fewer maintenance delays year over year through a number of TechOps process improvements and initiatives across the system.

As the airline continues to focus on improving the overall travel experience through innovation by launching the first fully biometric terminal and a first-of-its-kind employee communication platform that super-charged on-time departures, Delta carried a record number of customers, approaching approximately 200 million total people flown around the world in 2018.

A year for the books

In addition to record operational performance, 2018 saw a summer full of milestones for Delta with the airline carrying the highest number of customers ever on a single day, connecting more than 662,000 people around the globe on July 26, a record that came shortly after frontline employees began donning new Zac Posen uniforms, which were named a finalist in Fast Company’s Innovation by Design awards.

The airline continued its strong operational momentum through the holiday season with an increase of customers during the Christmas holiday and a record-breaking November, when Delta connected more than 15.5 million people around the globe.

“Delta is setting the reliability pace for the industry and it’s all thanks to our people,” said Gil West, Delta’s COO. “Our operational success is driven by cross-divisional collaboration from teams in Airport Customer Service, TechOps, In-Flight Service, Flight Ops, Reservation Sales and Delta’s Operations and Customer Center who seek out opportunities for continuous improvement, raising the bar year after year.”

Despite some challenging weather during the year, the airline’s IROP Task Force remains engaged around any irregular operation, providing key learnings to help teams across the network manage operational challenges. Together with Meteorology’s innovative new forecasting tool, Delta is minimizing weather-related flight interruptions with the goal to always be the last airline out and the first one back in for customers following any operational disruption.

​​(2​) Based on Delta's internal statistical reporting of arrival time data of all Delta-operated mainline flights scheduled between Jan. 1, 2018 and Dec. 31, 2018.

(4) Based on Delta's internal statistical reporting of all Delta-operated mainline flights and Delta Connection system flights scheduled between Jan. 1, 2018 and Dec. 31, 2018.