The Turn 2 Foundation creates and supports signature programs and activities that motivate young people to turn away from drugs and alcohol and ‘TURN 2’ healthy lifestyles.  The David Wright Foundation provides assistance for the health, emotional and educational development of children in need.

“Delta congratulates both Derek Jeter and David Wright for their superior level of performance and leadership, both on and off the field,” said Gail Grimmett, Delta’s senior vice president-New York.  “Even though the baseball season is over – and what a season it was! – Derek’s and David’s work in the community continues, and Delta is proud to support the philanthropic organizations they lead.”

Delta in the last year has solidified its commitment to New York baseball as the official airline of both the Yankees and the Mets and their new stadiums in the Bronx and Queens, respectively.  At both stadiums, Delta offers exclusive hospitality venues:  Delta Sky360 Suite at Yankee Stadium and Delta Sky360 Club at Citi Field. The venues provide premium and season ticket holders with the same first class experience Delta offers customers in flight, including upscale food, beverage and entertainment. Each venue features culinary offerings and superior views of the game from behind home plate.

About the Turn 2 Foundation
Since its launch in 1996, the Turn 2 Foundation has awarded more than $10 million in grants to create and support signature programs and activities that motivate young people to turn away from drugs and alcohol and “TURN 2” healthy lifestyles. Through these ventures, the Foundation strives to create outlets that promote academic excellence, leadership development and positive behavior. These programs all share the same goal of helping today's youth become the leaders of tomorrow. Turn 2 supports young people in New York City, West Michigan and Tampa, Fla.

About Delta
Delta Air Lines is the world’s No. 1 airline.  From its hubs in Atlanta, Cincinnati, Detroit, Memphis, Minneapolis-St. Paul, New York-JFK, Salt Lake City, Paris-Charles de Gaulle, Amsterdam and Tokyo-Narita, Delta, its Northwest subsidiary and Delta Connection carriers offer service to 382 destinations in 69 countries and serves more than 170 million passengers each year.  Delta’s marketing alliances allow customers to earn and redeem either SkyMiles or WorldPerks on more than 16,000 daily flights offered by SkyTeam and other partners. Delta‘s more than 70,000 employees worldwide are reshaping the aviation industry as the only U.S. airline to offer a full global network.  Customers can check in for flights, print boarding passes, check bags and flight status at delta.com. 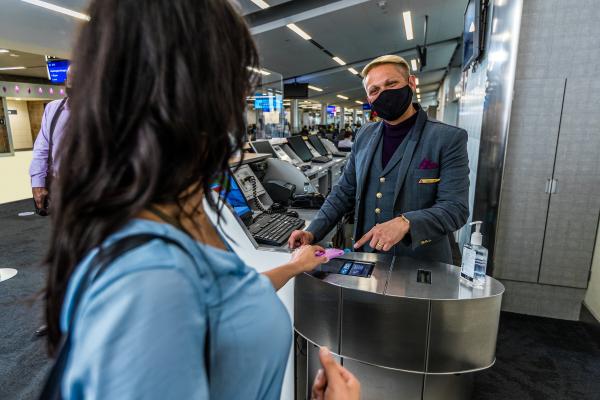