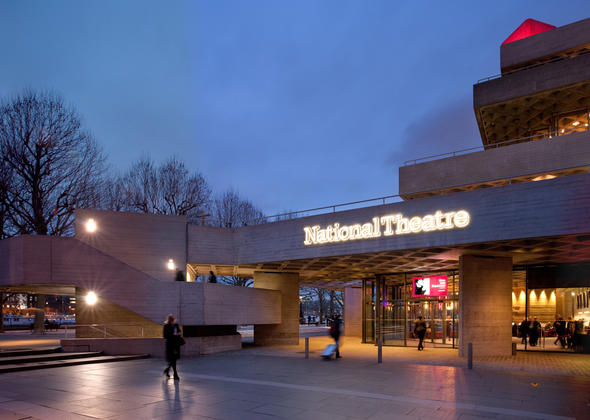 LONDON—Delta Air Lines has become the Official Airline Partner of The National Theatre as part of a three-year agreement. The new partnership will allow the airline to bring its 180 million customers closer to the theatre as well as providing affordable tickets and hands-on experience to young people.

The Delta-funded Entry Pass program offers 16-25-year-olds tickets to all National Theatre shows and backstage tours at a heavily reduced price. Entry Pass members will also have exclusive access to workshops and events, plus discounts to the theatre’s retail outlets.

Furthermore, Delta is supporting Connections, the National’s annual festival of new plays for youth theatre. It is also the world’s biggest youth theatre festival and enables young people in the U.K. aged 13-19 the opportunity to gain hands-on professional theatre-making experience. The program encompasses all aspects of theatre making for the development of a new play with the teenagers required to create marketing campaigns, design sets and costumes, operate lighting and sound boards and stage-manage their performances. Their shows will then go on to be presented at one of 29 Festivals around the country, with 12 groups being invited to the National Theatre to put their productions on the Olivier stage.

“The National Theatre is one of the world’s most renowned and well-regarded theatres and our partnership reinforces our commitment to supporting Arts and Culture in London,” said Nat Pieper, Delta’s S.V.P.—Europe, Middle East and Africa. “Through our support, more people will not only have the opportunity to visit the theatre but I hope it could also inspire them to consider a career in the industry.”

Meanwhile, Delta is also sponsoring the production of Angels in America, which is returning to London in April, 25 years after its original run. In addition, a dedicated lottery for show tickets will be launched offering hundreds of seats a week. Theatergoers can register online and apply for reduced price tickets for the following week’s shows.

The show will run from April 11 until Aug. 19, 2017 at the Lyttelton Theatre, and stars Andrew Garfield, alongside Susan Brown, Denise Gough, Nathan Lane, James McArdle, Nathan Stewart-Jarrett and Russell Tovey. The show will be directed by the Olivier and Tony award-winner Marianne Elliott.

“We are delighted to announce the Delta airline partnership which supports the NT's aim of having no boundaries to theatre access and attendance.” said Rufus Norris, Director of the National Theatre.  “Delta’s support towards our initiatives for young people, alongside their sponsorship of our 25th anniversary production of Angels in America, highlights their desire and drive to change access to theatre. We welcome this support from Delta and look forward to an exciting year ahead”.

Delta is building its Community Affairs portfolio in the U.K. and partnering with organizations such as The Prince’s Trust, The O2 and Chelsea Football Club.