"We are delighted to have David DeWalt join the board of directors," said Daniel A. Carp, Delta's non-executive chairman of the board. "David's expertise in the technology industry and his strategic and operational experience as chief executive officer of McAfee, Inc. will enhance the depth and range of Delta's already strong and independent board of directors."

DeWalt served as president, chief executive officer and director of McAfee, a security technology company, from April 2007 until February 2011 when McAfee was acquired by Intel Corporation. From December 2003 to March 2007, DeWalt held executive positions with EMC Corporation, a provider of information infrastructure technology and solutions, including serving as executive vice president and president customer operations and content management software. DeWalt is the chairman of the board of Polycom, Inc., and a member of the board of directors of Jive Software.

In 2008, DeWalt was named one of the top five CEOs of publicly traded software companies by Institutional Investor magazine. In May 2011, he was appointed by President Obama to serve on the National Security and Technology Advisory Council.

DeWalt received his B.S. in computer science and electrical engineering from The University of Delaware.

Delta Air Lines serves more than 160 million customers each year, and was named by Fortune magazine as the most admired airline worldwide in its 2011 World's Most Admired Companies airline industry list. With an industry-leading global network, Delta and the Delta Connection carriers offer service to 335 destinations in 59 countries on six continents. Headquartered in Atlanta, Delta employs 80,000 employees worldwide and operates a mainline fleet of more than 700 aircraft. A founding member of the SkyTeam global alliance, Delta participates in the industry's leading trans-Atlantic joint venture with Air France-KLM and Alitalia. Including its worldwide alliance partners, Delta offers customers more than 13,000 daily flights, with hubs in Amsterdam, Atlanta, Cincinnati, Detroit, Memphis, Minneapolis-St. Paul, New York-JFK, Paris-Charles de Gaulle, Salt Lake City and Tokyo-Narita. The airline's service includes the SkyMiles frequent flier program, a world-class airline loyalty program; the award-winning BusinessElite service; and more than 50 Delta Sky Clubs in airports worldwide. Delta is investing more than $2 billion through 2013 in airport facilities and global products, services and technology to enhance the customer experience in the air and on the ground. Customers can check in for flights, print boarding passes, check bags and review flight status at delta.com. 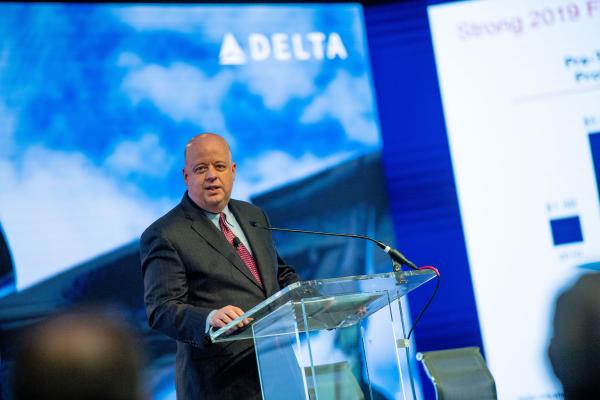 CFO Paul Jacobson to help guide Delta through crisis and beyond 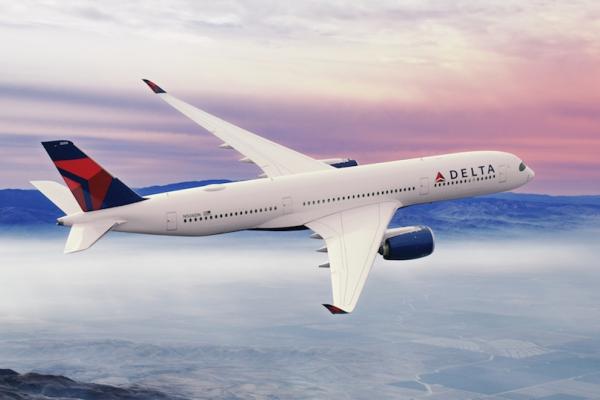 2016 Earnings by the numbers