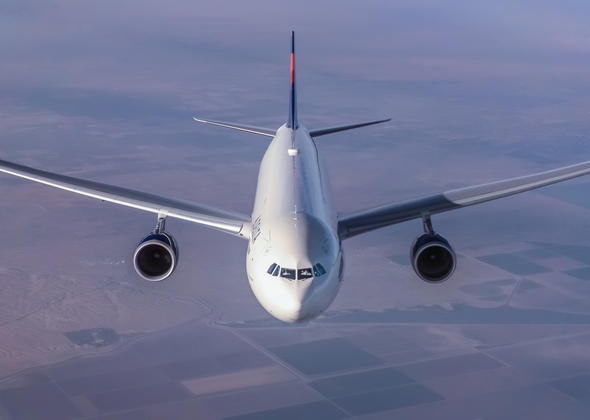 “Henry brings the skills that are necessary to position Delta for continued long-term growth on a global scale, while also reinforcing our record of leadership in New York, the most competitive market in the world,” said Gareth Joyce, Delta’s Senior Vice President – Airport Customer Service & President – Delta Cargo. “I am confident that a strengthened focus on our key Northeast stations will help us continue to build on our many accomplishments in this important region.”

Delta is New York’s largest carrier with more than 500 peak-day departures to more than 130 destinations worldwide from its hubs at LaGuardia Airport and John F. Kennedy International Airport – including more destinations from New York State than any other airline. Delta has invested more than $2 billion in New York airport infrastructure and recently broke ground on a $4 billion, state-of-the-art home at LGA.

For the past year, Kuykendall has served as Vice President – New York, overseeing the financial performance of all New York routes and all commercial functions for the business in the state. Prior to assuming this role, Henry served as Vice President – Airport Customer Service, JFK, where he oversaw a growing Delta network; the May 2013 opening of Delta’s $1.2 billion state-of-the-art international gateway at JFK’s Terminal 4; and a $175 million second-phase extension of 11 additional gates in January 2015. Earlier in his career, Kuykendall led a team of 4,000 Delta employees at Hartsfield-Jackson Atlanta International Airport. He joined the airline in 1988.

Baldwin, who currently serves as Director – Airport Operations, East Field Stations, will lead a team of more than 2000 Airport Customer Service employees at JFK, a key hub for Delta, where the airline operates 225 peak-day departures to nearly 100 destinations worldwide. She returns to JFK after first joining the station in 2009 as Director – Above-Wing Operations. Earlier in her Delta career, Baldwin served in leadership roles at Washington Dulles International Airport, Detroit Metropolitan Airport, and Reagan Washington National Airport.

“JFK will continue to serve as a prominent global hub for Delta, and Stephanie’s familiarity with the station and her well-earned reputation for results will help us redouble our efforts to execute on our brand promise to deliver the experience our New York customers expect and deserve,” Kuykendall said.

Delta and its nearly 10,000 New York-based employees are part of the fabric of the New York community, acting as the official airline of the Yankees, Mets, Knicks, Rangers, Madison Square Garden, Chelsea Piers and the Whitney Museum, with partnerships with more than 40 community organizations. In 2016, Delta paid out more than $119 million in profit sharing to its New York employees and committed to contributing 1 percent of its net income from the previous year to key charitable organizations, including organizations in New York.

Delta's three metropolitan-area airports carried more than 28 million customers in 2016, up from 26 million in 2015.