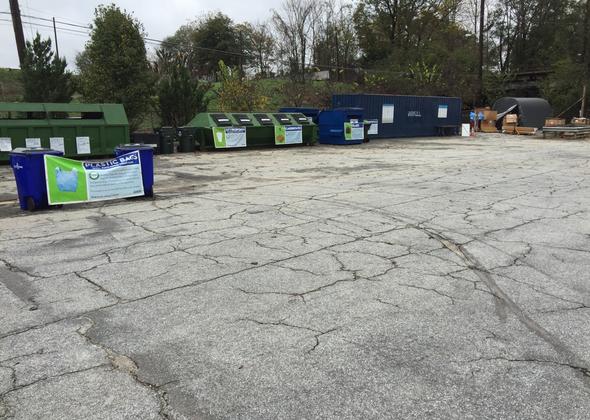 Delta is bringing some added charm to their recycling efforts this November with a new community partnership that advances its investment in Atlanta while helping employees get rid of old electronics.

CHaRM, or Center for Hard to Recycle Materials, is an initiative of Live Thrive Atlanta, a nonprofit group that grew from five years of hosting household recycling fairs. As of April 2015, the group has a permanent facility that encourages reuse while diverting thousands of pounds of household hazardous waste, bulky recyclable items and other hard-to-recycle items that you cannot recycle in curbside programs from Metro-Atlanta households, water supplies and landfills.

Operating only three days a week, the group has already processed over 250,000 pounds of hazard chemicals in their 80 days of operation. The partnership with Delta only furthers the group’s visibility in the community.

“It is the only facility in the state of Georgia that is a permanent location where you can drop off household chemicals, mattresses, tires, things that are too harmful or too bulky to put at the curb,” said Peggy Whitlow, Managing Director of CHaRM and Live Thrive Atlanta. “The goal here is to find them another life or dispose of them properly.”

Today, Delta employees at the Atlanta General Offices (GO) have the opportunity to bring anything with a plug to be recycled. They can drop off items at the GO Employee Recycling Center between 9 a.m. and 3 p.m. Delta’s sustainability team hopes to grow this initiative to involve other cities and stations in the coming years.

CHaRM works with PlasMat, an e-waste processer, to break down electronics items.

“Ninety-eight percent of the items you brought will be broken down and recycled in some way, whether it’s made into new plastic, new metal, the copper wire is reused – it’s all taken down an reused as much as possible,” Whitlow said. “They even take the left over dust, using a fan to blow left over particles into magnets.” 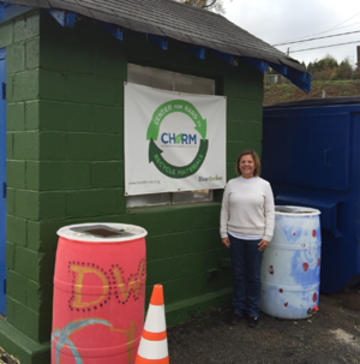 CHaRM is fully funded by grants, donations and sponsorships. The organization hopes to continue to grow, opening additional locations and making their services easily accessible to all parts of the city.

“There are a lot of precious metals in e-waste,” Whitlow said. “If it goes into a landfill or is just dumped, it does have gases in it, as well as mercury and other products, that when covered by dirt, cause a real issue for the soil and water system.”

Recycling is a big part of Delta’s overall environmental commitment, with programs on board aircraft and in corporate offices, and the current recycling program costs less than disposing of the items. This program will recycle well over 300 tons of recyclables from the GO alone in 2015.