Delta flight crews have an all-access pass to the world. In 2009, two flight attendants decided to use their travel opportunities to improve the health, wellness and education of needy children in a city they regularly visited: Lima, Peru. 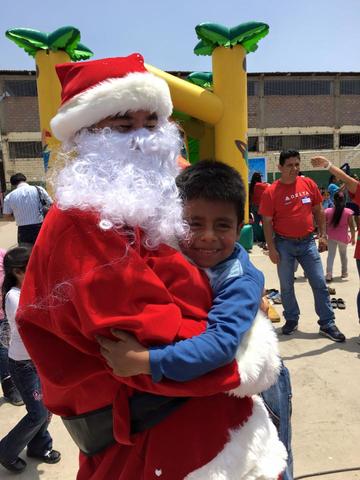 Carla Soto Mitchell spent her layovers in Lima volunteering. She often invited other Delta employees to join and seven years ago fellow flight attendant Laura De Alonso decided to tag along for a visit to The Community of Children of The Sagrada Familia, an orphanage for 800 children about an hour’s drive outside of Lima.

“After a short chat with orphanage director, Miguel Rodriguez Candia, we were sold,” De Alonso said. “We began to see more and more opportunities to help these kids. It was a grassroots effort that has morphed into a philanthropic quest. And Caring Crew was born.”

Back home in Atlanta, they got to work. The group began bringing books, clothes, even cellos to the children. And they kept recruiting supporters, like the concierge at the hotel where the crew stays, who to this day, reserves an entire closet as storage for Caring Crew supplies and donated items.

Each year at Christmas time, the team takes donations and set up fundraisers, serving “nachos for niños” in the Atlanta airport employee break rooms.

Then the Caring Crew team and a volunteer group of Delta employees fly to Lima with all the trimmings to throw a Christmas extravaganza.

In 2014, De Alonso asked for a meeting with Delta CEO Richard Anderson to share an update on the group’s efforts. But after their chat, she walked away with much more than she expected when Delta donated $25,000.

Since 2009, more than 700 Delta employees have made the trip to Peru, with over 100 volunteers leading the festivities at the party this year. The group, accompanied by Santa and friends, set up inflatable games, gave out presents and enjoyed delicious food with lots of sweet treats. 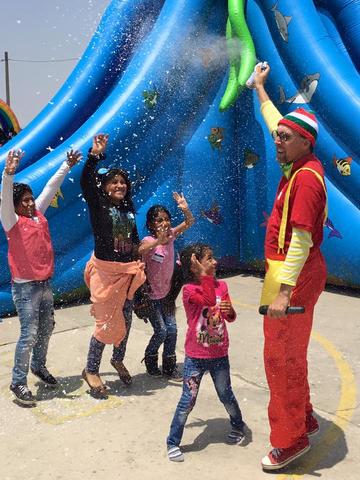 “The sixth annual Christmas party in Lima was a huge success,” De Alonso said. “The way everyone pulled together to make this happen is a true testament to the Delta people and culture.”

The group has taken on additional projects and continues to support the The Community of Children of The Sagrada Familia.