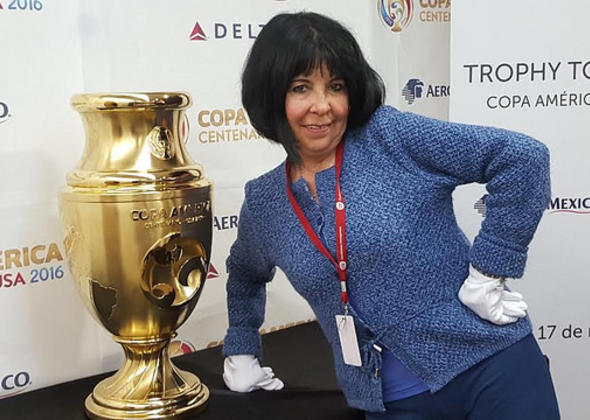 Aeroméxico flight 405 from JFK to MEX carrying the legendary Copa Centenario trophy landed in Mexico City on Sunday afternoon for a whirlwind tour of the world’s largest city.  The Cup will visit with VIP diehard fans and employees of Aeroméxico and Delta. 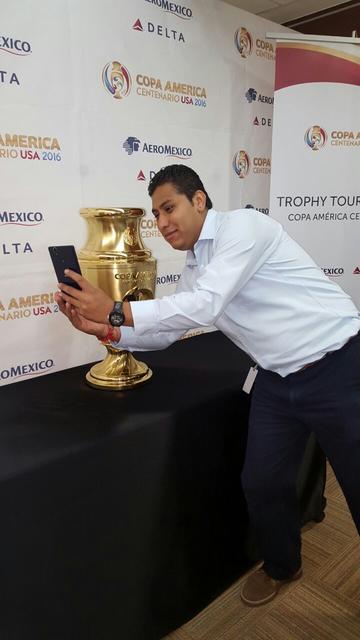 The first stop for the cup was to Aeroméxico’s office where employees had some selfie time with the new version of the historic trophy.  It was based on the original 1917 created by Escasany Jewelers in Argentina.  The first trophy is kept on permanent display at the CONMEBOL Museum in Paraguay.

The cup, 29.5 inches tall and weighing 19.75 pounds, is entrusted to Delta’s care thanks to the airline’s sponsorship of the Copa Centenario tournament. The team must follow specific handling instructions - including the use of white gloves which must be worn at all times when handling the soccer icon.

After visiting with employees, the cup will be the honored guest at a series of VIP events in Mexico City where VIP customers will have an opportunity to “meet” the Copa America trophy.

The Centenary edition of Copa America begins on June 3. Colombia will face the U.S. team at the Levi’s Stadium in Santa Clara, Calif.  The tournament, one of the most prestigious and most widely viewed sporting events in the world, is being held in U.S. soil for the first time.  Delta as the official airline sponsor will fly the 16 teams to their games in 10 U.S. cities and is sponsoring a tour in Latin America in coordination with alliance partners Aeroméxico and GOL Linhas Aéreas Inteligentes.

The trophy’s Latin America tour will be tracked on social media at #Copa100. 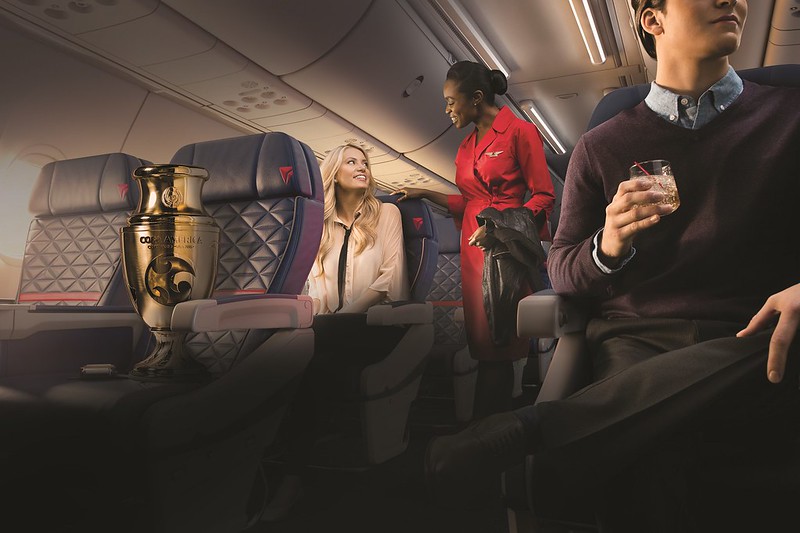