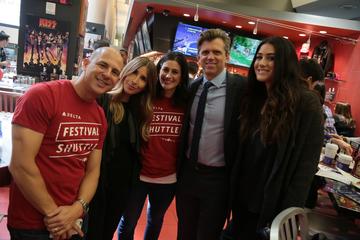 A group of some 180 Delta customers en route to Austin, Texas, on Friday received an early dose of Southern hospitality and a 30,000-foot networking opportunity, thanks to the airline’s invitation-only #DeltaFestivalShuttle from Los Angeles.

The festival shuttle concept—designed to engage members of L.A.’s tech, entertainment, influencer and media communities in a new and relevant way—has become a valuable addition to the airline’s efforts to continue to deepen its L.A. footprint, where Delta has been the fastest-growing carrier at Los Angeles International Airport since 2009.

“The purpose of the flight was to make a curated experience for the folks on board that was nothing like what they’ve had at the festival,” Melissa Abbott, Delta’s Manager – Sales Partnerships, West, explained to Variety. “We felt like getting them to the destination was part of the experience, and if we could create a memorable experience before they even got there, that made for a better trip.” 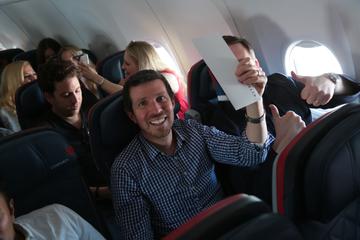 The Hollywood Reporter said the flight was “so popular that several people flew into Los Angeles just to board the plane.” 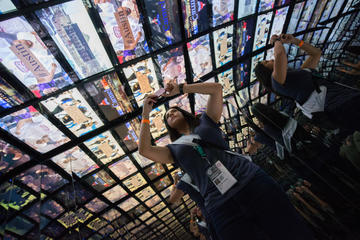 But the Delta experience didn’t end upon arrival in Austin. The airline is also partnering with Fast Company to feature #DeltaSocialSoul, an interactive and immersive social media experience and living art installation, at Fast Company Grill. Guests are invited to literally step inside their Twitter feeds to watch and listen to a montage of their social activity. The technology behind the booth is then able to match participants with other Austin conference attendees, luminaries and panelists with Twitter feeds most similar to that of the user. 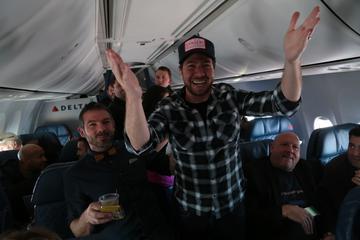 “The cool technology behind this experience allows Delta to promote idea-generation by bringing some of the world’s greatest thinkers together at the festival,” said Julieta McCurry, Delta’s General Manager – U.S. brand communications.

Within the first three days, a steady line of eager guests—including a number of media outlets—had experienced the activation, totaling 500 visitors (approximately 1 every 90 seconds) and more than 3 million impressions so far.