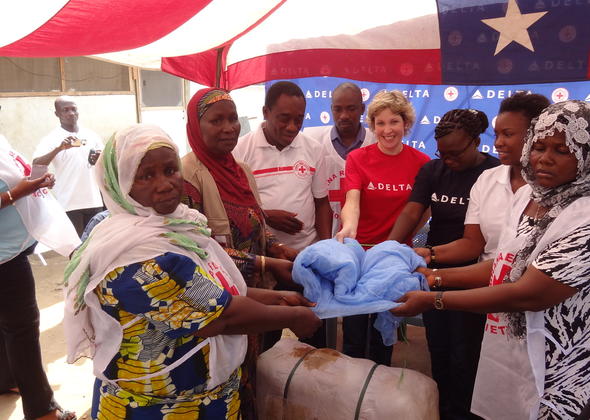 In the almost two years that Delta has partnered with the Ghana Red Cross Society, more than 50,000 people will have been protected from malaria thanks to the “Hang Up and Keep Up” mosquito net distribution program.

The campaign targets young children, pregnant women and those with suppressed immunity, all of whom are most at risk from the disease. Delta has funded the provision of nets to 6,000 homes in the most vulnerable areas, including communities through

Central (Maamobi-Nima) region of Greater Accra, the Agotime and Ziope region of Volta, and Bolgatanga and Bongo in the Upper East region of the country. Ghana Red Cross volunteers, who include a number of Delta employees, have shown residents how to prevent malaria

by using the Long Lasting Insecticide Nets (LLINs) efficiently – hanging them up, keeping them up and maintaining them properly. 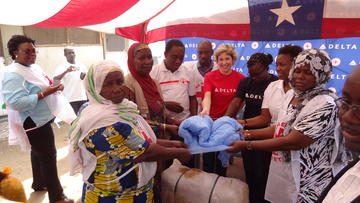 Although curable, malaria is the leading cause of death in Ghana. Furthermore, the disease accounts for more than three million outpatient visits to public health facilities each year.  By providing funding for the LLINs and training for the 100 volunteers who distribute them, the Delta and Ghana Red Cross campaign is having a real impact on reducing malarial infection, lessening the burden on already limited medical resources.

“Delta is determined to make a difference and by partnering with the Red Cross in Ghana we are giving back to the community in a practical way that helps save lives,” said Petra Asamoah, General Manager at Delta’s General Sales Agency in Accra. “Because malaria is such a serious issue in Ghana, it is important to us that we help provide education on how to safely use, care for the nets, and reduce risk. We want people to hang up their mosquito nets…and keep them up,” she said.

And the campaign is being credited by local people who have benefited from the Delta-funded mosquito nets. Zainab Abubakar, a resident of Nima in Greater Accra, says the nets have had a positive impact on her family by protecting her children, aged two and four, from getting malaria. Her youngest child previously suffered from a serious bout of the disease, but with the nets providing protection while they sleep, the children are now rarely bitten by mosquitos.

Delta has operated service to Ghana since 2006 and currently operates four weekly services from Accra to New York-JFK. 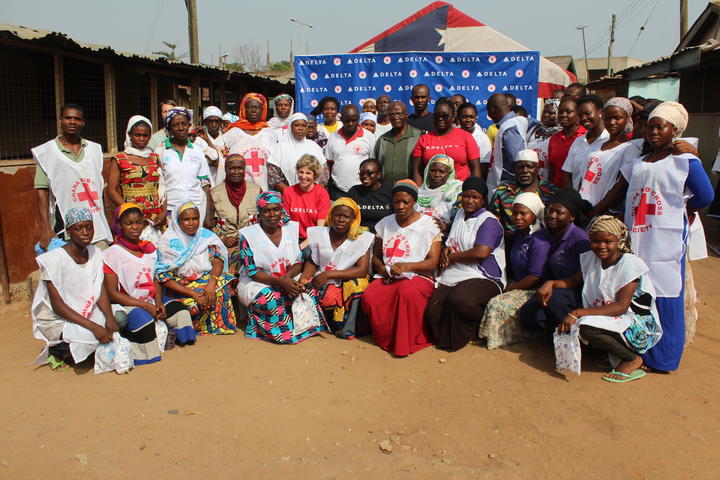