Delta Cargo has appointed Gonzalo Hernandez as General Manager – Cargo Sales-Asia Pacific. He starts his new role today in which he will manage the Cargo Sales functions for Japan, Korea and throughout Southeast Asia, including the cargo business for Delta’s joint venture partnership with Korean Air.

Corbi, a nine-year Delta veteran, joined Delta Cargo’s Division Revenue Management team in 2013 responsible for interline products. Over the past seven years, he has held positions of increasing responsibility in the U.S. and Asia-Pacific. During the COVID-19 pandemic, Corbi has been leading the Delta Cargo Charter team from Atlanta, a dedicated team focused on the safe and reliable transportation of essential goods around the world on aircraft that otherwise would have been parked. To date, Delta has operated more than 900 cargo-only flights.

Hernandez, meanwhile, replaces Eric Anderson, who has returned to Atlanta to take up the position of Director of Cargo Strategy, Alliances and Technology. In this role, Anderson will be responsible for leading the commercial strategy for Cargo, including alliances, marketing and communications, product development and digital transformation.

“Gonzalo, Eric and Jon bring a wealth of experience to their new roles having all worked in the business for a number of years,” said Eric Wilson, Managing Director Global Sales, Delta Cargo. “I’d like to thank them for their commitment to Delta Cargo and look forward to the business growing further under their leadership.”

Hernandez has been based in Amsterdam for the past three years, from where he managed cargo sales for EMEAI. During his time, the region saw sales growth of 33 percent. He joined Delta Cargo in 2009, following Delta’s merger with Northwest Airlines, and has held a number of roles of increasing responsibility since his first position within the Latin America and Caribbean cargo revenue management entity where he managed the region’s pricing and inventory.

Anderson, meanwhile, joined Delta in 2007, moving to Delta Cargo in 2017 to lead the Asia-Pacific Sales team based in Tokyo, Japan, where he grew the business and implemented the cargo JV with Korean Air. 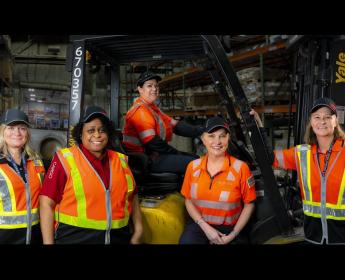 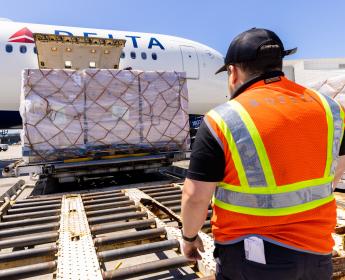