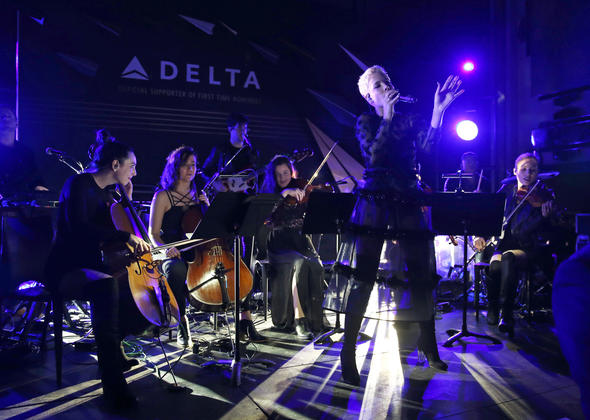 Los Angeles’ awards season continued last week with the 59th GRAMMY Awards, presented live from STAPLES Center on Sunday night. Delta celebrated 10 years as the Official Airline of the GRAMMY Awards and added a new designation as the Official Supporter of First Time Nominees in recognition of a decade of partnership and artists realizing their dreams for the first time. 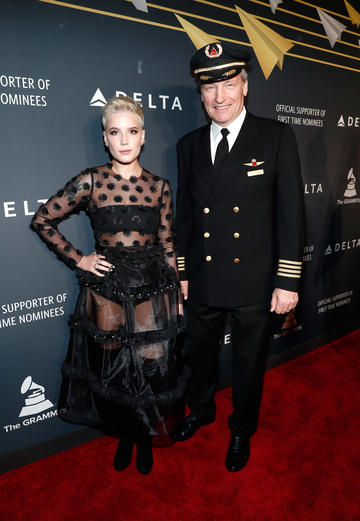 Guests enjoyed an unforgettable night of music, featuring a performance by first time GRAMMY nominee Halsey, who was nominated for Best Pop Duo/Group performance for “Closer,” the quadruple-platinum megahit with The Chainsmokers. Halsey is an American singer-songwriter who gained major recognition as an artist from her collaboration on “Closer.” Her set included songs from her debut studio album, Badlands, which was released in 2015 and features the hit singles “New Americana” and “Ghost.”

Delta also hosted customers at other GRAMMY weekend events, including a behind-the-scenes tour of STAPLES Center with SkyMiles Experience winners and select LA-based Medallions on Friday; the MusiCares Tribute to Tom Petty on Friday night; the Clive Davis Pre-GRAMMY Gala on Saturday night; and a Pre-GRAMMY reception at the GRAMMY Museum on Sunday. 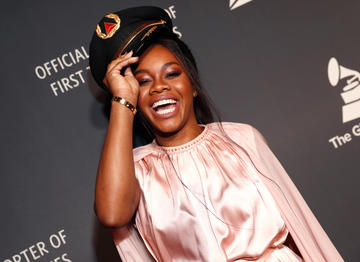 Music is a natural part of the travel journey, and Delta’s sponsorship of the GRAMMYs and support of first time nominees is part of its broader efforts to serve the needs of the entertainment and production community and to align with LA’s key industries. In addition to partnering with The GRAMMY Awards, Delta is also the official airline of the GRAMMY Museum. Through its Delta Artist Spotlight program, Delta has celebrated and featured onboard 33 established and emerging artists since June 2014, and throughout the year, customers in all cabins of service enjoy free entertainment through Delta Studio, the airline's industry-leading suite of onboard entertainment that offers up to 300 movies, 750 TV shows, 100 foreign film titles and 2,400 songs. 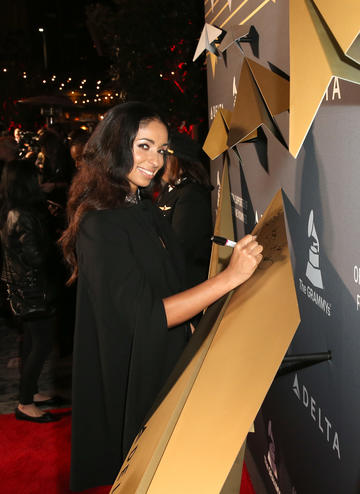 Since 2009, Delta has been the fastest-growing carrier at LAX, more than doubling its number of seats and growing from 70 daily departures to more than 175. In 2016, Delta announced a $1.9 billion plan to modernize, upgrade and connect Terminals 2 and 3 at LAX over the next seven years, as well as to provide a secure connector to the north side of the Tom Bradley International Terminal, enabling Delta to build a premier space for its LAX operations alongside its airline partners. Delta’s nearly 4,000 LA-based employees are deeply integrated into the community, supporting organizations near and dear to the hearts of Angelenos, including AIDS Walk Los Angeles, Children’s Hospital Los Angeles, Covenant House California, Habitat for Humanity of Greater Los Angeles, Junior Achievement of Southern California, KaBOOM!, LA Regional Food Bank, and The Motion Picture and Television Fund, among many others. 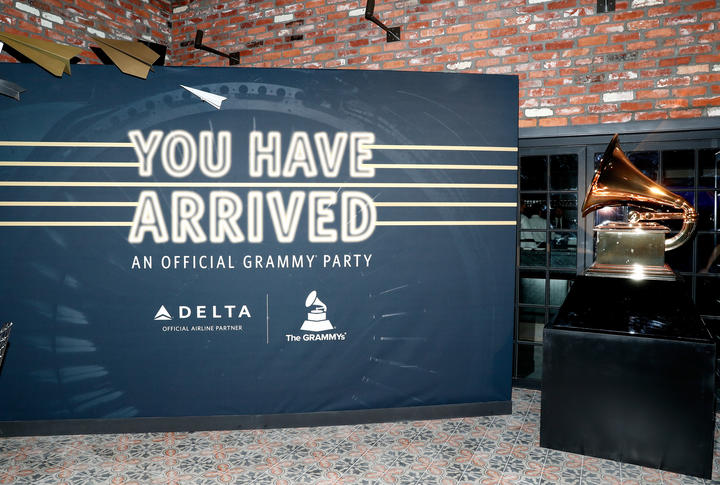