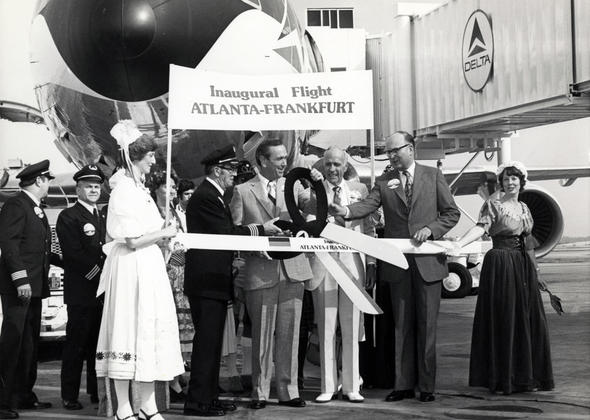 When Delta Air Lines’ first flight took off from Atlanta bound for Frankfurt on June 17, 1979, it marked Delta’s 50th anniversary of passenger service and was the first nonstop service between the cities. Forty years later, the route has gone from strength-to-strength and last year alone more than 1.1 million customers flew with Delta between Germany and the United States – more than the population of Frankfurt.

But what’s really striking over the past four decades is how much the on-board experience has changed. Who could have predicted that Wi-Fi would now be standard and that customers could keep in touch with friends and family on the ground – for free – using Delta’s in-flight messaging service?

“We’ve consistently grown our network and invested heavily in our customer experience in Germany over the past 40 years with recent upgrades including new menus, movies and messaging,” said Delta’s Shane Spyak, vice president-Sales Europe, Middle East, Africa and India. “But we’re not done yet. There’s more to come later this year when we introduce our new business class to Germany and a restaurant-style dining experience in the Main Cabin.”

While young fliers will only know on-demand seatback entertainment, veteran aviators will remember a very different movie offering from days gone by. Even back in 1979, Delta ensured its customers were entertained as the airline had in-flight movies on its first trans-Atlantic flight to Frankfurt. The 16mm motion picture film system had large ceiling-mounted horizontal film reels, while its long-running Sky in-flight magazine has also been a stable fixture since day one.

In the early 1980s, video projectors and cassettes begin replacing the film systems on Delta flights with it later becoming the first airline in the world to make a major move to video when it committed to equipping its entire trans-Atlantic L-1011 fleet for video. Today, Delta offers more than 1,000 hours of entertainment, including the latest movies from Hollywood, Bollywood and Nollywood, plus an extensive array of TV shows, games and music available on-demand via seatback screens or streamed to your own device. 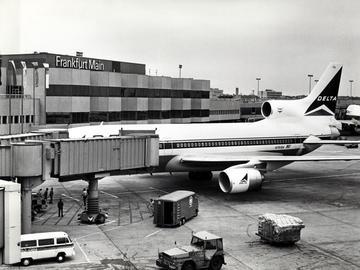 Following Delta’s first flight to Frankfurt, which operated four times a week, seven years later, the airline added service to Munich and Stuttgart. All three destinations were served using Lockheed L-1011-500 aircraft. By the time Berlin was added in 1991 following Delta’s acquisition of Pan Am’s trans-Atlantic routes, modern Boeing 767 aircraft were in the skies. Dusseldorf rounded out the network in 2006.

Here are a few more highlights both past and present:

Customers wishing to book flights on Delta’s nonstop services to the United States should visit delta.com or see their travel agent. 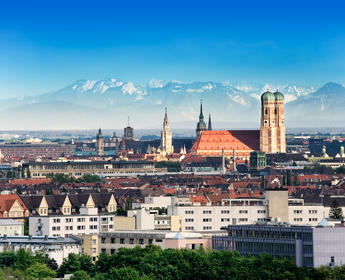