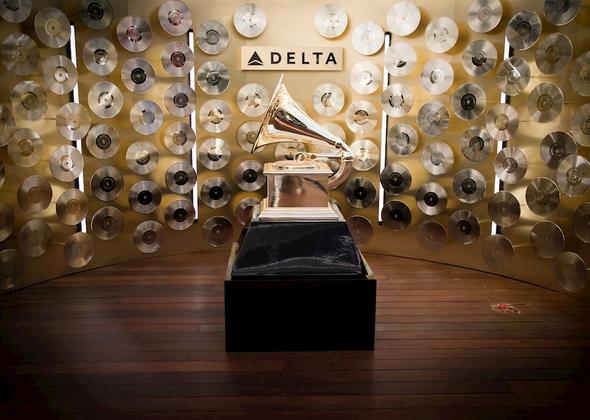 After a milestone year in New York in 2018, the 61st annual GRAMMY Awards will return to the Staples Center in Los Angeles this year. As the Official Airline of the GRAMMYs, Delta kicked off the weekend's festivities celebrating Music's Biggest Night at its annual pre-GRAMMY Awards party on Thursday night in LA. 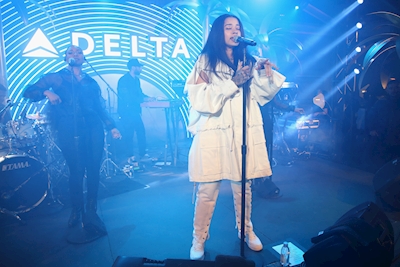 ​Hundreds of Delta customers, partners, friends and celebrities gathered at the Mondrian Los Angeles hotel on the Sunset Strip for an unforgettable evening of music, set against panoramic views of West Hollywood.

Throughout GRAMMY weekend, Delta will host customers and partners at other signature events, including a behind-the-scenes tour of the STAPLES Center showcasing how music's biggest night comes together each year. Delta guests will also be recognized for their support of music industry members in times of need at the MusiCares Person of the Year ceremony honoring Dolly Parton on Feb. 8 and will attend Clive Davis' and the Recording Academy's Pre-GRAMMY Gala on Feb. 9. 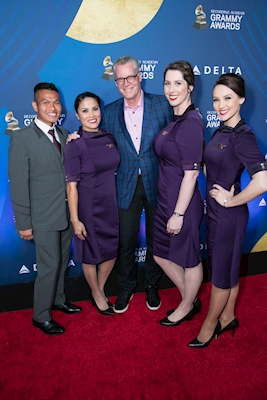 Employees at Los Angeles International Airport have been the first to welcome the thousands of guests visiting LA for GRAMMY events. For the first time, the airline also launched a GRAMMYs brand campaign at LAX to welcome customers to town and highlight the partnership between Delta and the GRAMMYs. The signage is posted on gate information screens, baggage claim areas, check-in kiosks, and more throughout Terminals 2 and 3 at LAX. [Will include photos in the photo gallery]

Delta also renewed its "Behind the Climb" content series, collaborating with Bebe Rexha, Ashley McBryde and DJ Tokimonsta to tell the story of their journeys in the music industry. The series features long-form videos and extensions on Delta's social media platforms, sharing the message of Delta's support of music with millions through its social channels and in-flight entertainment.

Delta has been the Official Airline of the GRAMMY Awards since 2007, one of many ways the airline acts on its commitment to support the entertainment and production community. Delta's support also includes providing non-stop service to top industry destinations; forging exclusive partnerships that provide content on Delta Studio, the airline's suite of in-flight entertainment that includes more than 2,500 songs; spotlighting emerging and established artists through the Delta Artist Spotlight program on Delta Studio; curating travel experiences like the Delta Festival Shuttle to industry and thought leadership conferences like Sundance, SXSW; and recognizing the industry's rising stars through the Delta Ones to Watch program.

Since 2009, Delta has been the fastest-growing carrier at LAX and is with the construction of the $1.86 billion Delta Sky Way at LAX, which will modernize and upgrade Terminals 2 and 3 and connect them to the Tom Bradley International Terminal. The airline has invested billions of dollars in products, services and technology to enhance the customer experience in Los Angeles and across its network. These investments include adding free Main Cabin meals on select coast-to-coast routes, free mobile messaging, free in-flight entertainment, upgraded Main Cabin snacks, the addition of sparkling wine, access to Wi-Fi on nearly all flights, enhanced blankets and refreshed Flight Fuel food-for-purchase options. Recent upgrades to the Delta One in-flight experience include not only the launch of the cabin's newest menus, curated by Jon Shook and Vinny Dotolo, but also TUMI amenity kits with Kiehl's products, an Alessi-designed collection of serviceware, Westin Heavenly® In-Flight Bedding, and Delta's noise-canceling LSTN headphones. 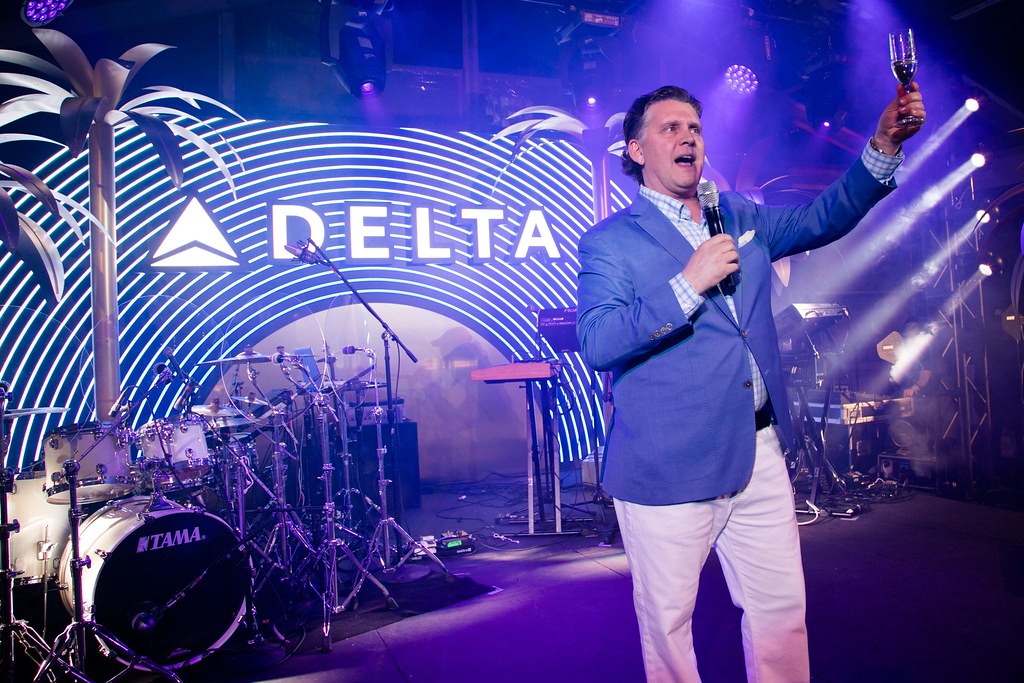