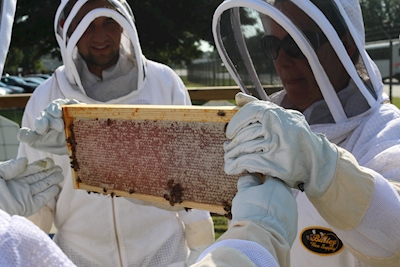 Winter is coming and beekeepers across the U.S. this September are spending National Honey Month preparing their hives by completing the last few harvests of honey for the year. Established in 1989 by the National Honey Board, the event marks the end of the harvesting season while promoting the sweet treat and its multitude of uses. Delta is also ‘winterizing’ its three beehives, which were installed this April in partnership with innovative and eco-friendly startup Bee Downtown. The organization partners with companies to host beehives at their offices.

To celebrate, Nicholas Weaver, Delta’s dedicated beekeeper from Bee Downtown, and members of the airline’s Corporate Safety, Security & Compliance division, team took a tour of Delta’s bee yard — affectionately known as the “Honey Hangar” — to get a lesson in beekeeping while assessing the hives’ health and honey production.

“Delta’s bees are doing really well at foraging,” Nicholas said. “The Delta bee yard is the only bee yard of Bee Downtown partners in Atlanta that hasn’t needed to be fed sugar water so far.” Beekeepers will supply sugar water to supplement a lack of nectar for hives that aren’t able to find enough of the essential nutrient within their 3-mile foraging radius.

Since they were installed in April, the hives have produced a healthy amount of honey, but not enough for harvesting this year. “We need to make sure that the bees have enough honey left in the hive to sustain their colony through the winter months,” Nicholas explained. 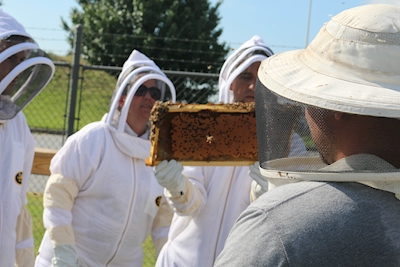 After attendees filed in to the Honey Hangar’s enclosure, Nicholas went through each layer of the three-tiered hives pointing out key features along the way, such as the honey-filled cells that are neatly sealed with caps made of beeswax. “Thankfully, honey never spoils, so it’s their source of long-term food. When they get hungry during the winter, they just tear the cap off and eat.”

​One attendee asked if harvesting the honey harms the bees and Nicholas replied, “No. A healthy colony produces an excess of honey of about five gallons, which is what beekeepers take.” He also shared that one of the more sustainable ways to harvest is to use a honey extractor, which spins the frames forcing the honey out of the wax cells using centrifugal force. This method keeps the structure of the wax honeycomb intact for reuse, allowing the bees to conserve the approximate 8.4 pounds of honey they must consume to produce just one pound of wax.

The tour ended with a p​​ositive health report highlighting that Delta’s hives have very low levels of Varroa mites. “Varroa mites are one of the leading causes of the declining bee population,” Nicholas said. This is welcome news as Bee Downtown’s mission is to slow the bee population decline with the help of companies like Delta, Chick-fil-a and The Home Depot who have stepped up to sponsor bee hives at their headquarters. Delta was the first Atlanta company — and first U.S. airline — to host honey bee hives built and supported by Bee Downtown. 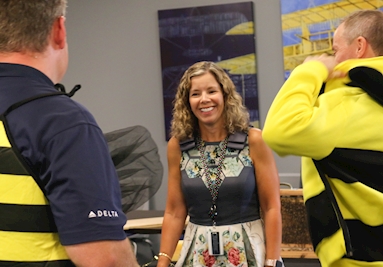 “What better way to recognize our healthy hives and their first successful season than to join the rest of the beekeeping world in celebration of National Honey Month,” said Christine. “We look forward to harvesting honey next year as well as more beekeeping workshops with Bee Downtown to further educate us on how to make a positive environmental impact in the local community surrounding Delta's headquarters."   ​

Stay tuned to Delta News Hub for more updates as well as @DeltaNewsHub and @BeeDowntown on Twitter. 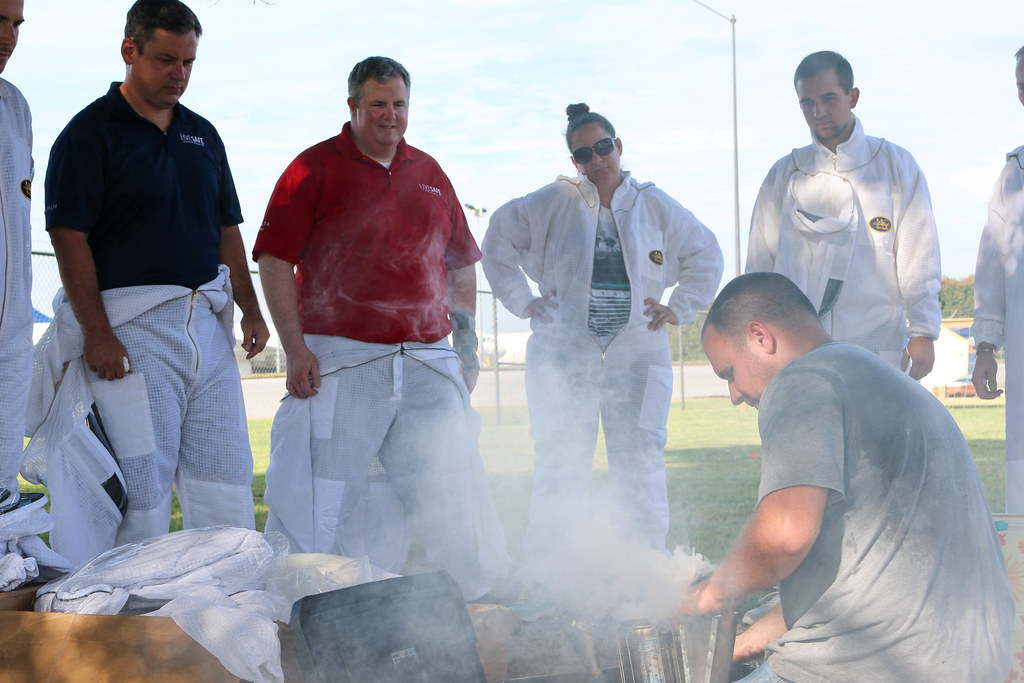