Delta celebrates quarter of a century in Manchester 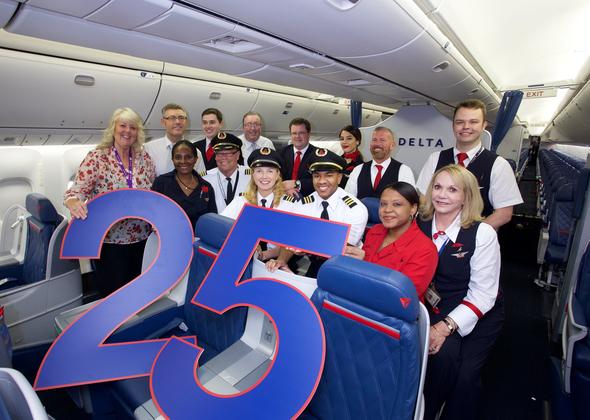 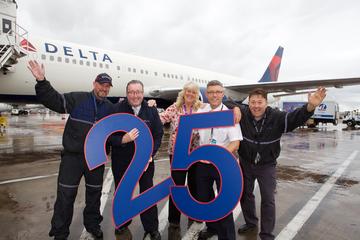 Twenty-five years ago today, Delta’s inaugural flight from Atlanta to Manchester, England, touched down, forming part of the airline’s largest period of international growth. Since then Delta, which operates a daily flight to New York-JFK, has carried 4.2 million passengers between Manchester and the U.S. – more than the entire population of the city.

“Our on-board product has developed enormously from when we started here in 1991 adding entertainment, Wi-Fi and flat-beds but we still offer the same levels of customer service that have made us the favorite U.S. airline serving the U.K.,” said Nat Pieper, S.V.P. – Europe, Middle East and Africa. “Our commitment to Manchester and the North West remains strong and we look forward to welcoming more customers to New York and beyond.”

Delta’s Manchester service is operated using a 225-seat Boeing 767-300ER. All flights are equipped with Wi-Fi, allowing customers to stay connected at 30,000 feet, in addition to complimentary on-demand in-flight entertainment in all cabins.