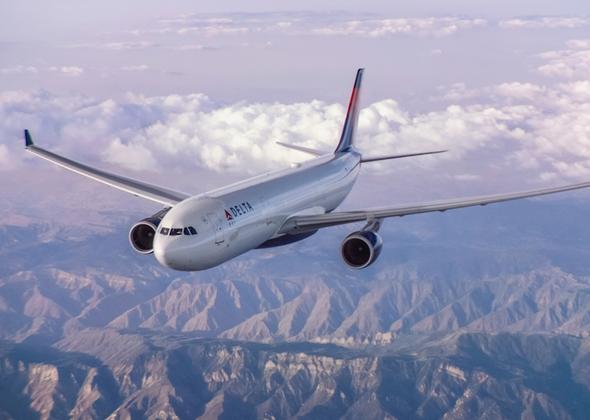 Following the one-year anniversary of the start of the pandemic, Delta reported encouraging signs of recovery at the J.P. Morgan Conference held on March 15, 2021. During the conference, Delta CEO Ed Bastian and President Glen Hauenstein briefed investors and analysts on the state of Delta's financial performance, as well as their outlook for the mont​hs ahead.

Among the positive signs, March is showing strong momentum in bookings, and there has been steady improvement in year-over-year net cash sales. As consumer confidence in air travel begins to improve, Delta will pay down debt and accelerate voluntary contributions to its pension plans, including a $1 billion payment to pensions during the June quarter. That will reduce annual interest payments by about $110 million and pension expense by about $90 million. Delta also plans to begin paying cash for aircraft it takes delivery of in the June quarter.

The airline’s average daily cash burn during the March quarter is expected to be $12 - $14 million, near the mid-point of what was initially expected. And Delta will be exiting the quarter with cash burn for the month of March that is close to break-even.

Bastian shared that he is confident Delta is on a path to reach neutral cash burn in the spring, with a sustained recovery in the second half of 2021 and a return to profitability in the September quarter. The most important reason for that positive outlook, he said, "is the great work our people have done. The experience is really unique aboard Delta, and we're going to hold onto that."

Direct block quotes from the presentation can be found below. Listen to a replay of the conference or read the transcript of their presentation at Delta’s Investor Relations site.

“That holistic focus we've taken on the recovery is what gives me optimism as we start to see demand coming back in meaningful levels, and we start to see what I consider real glimmers of hope. And we've seen some glimmers of hope over the course of the last year, but they've been false hope, I think, in most regards. But this seems like it's real, it seems substantive, and though we've got a long ways to go yet, we always were in a much, much better place than we've been in quite a period of time.”

“The real story for the quarter, you know, kicked in about five or six weeks ago when we started to see bookings pick up, and that coincided clearly with confidence in the marketplace, people starting to book their spring and summer plans.”

“When we look within our quarter, it looks to us that for the month of March, we expect our top line revenues to be about 40 percent higher than what we saw in the month of February, which is a big step-up. Of course, you always expect a meaningful step-up from February to March, and so it's good to see some traditional seasonality starting to come out. Historically, that seasonality has been in the low- to mid-30 percent range, so to get a 40 percent step-up from February to March is nice.”

“As we look to the spring, we've mentioned in the past that our goal is to get to a breakeven cash performance for the spring, which to us was the second quarter, and I continue to be cautiously optimistic that we will see the traction we're seeing here and we're going to hold it, and then as the recovery continues to take shape, gain strength into the summer with the return to profitability for Delta, hopefully in the third quarter.”

“Now, of course, those forecasts are our expectation that the vaccines will continue to roll out, that herd immunity will probably be achieved in our country, probably hopefully some point in the latter part of the second quarter – the late spring, early summer - and that gives confidence back to domestic travel coming back out in a robust way.”

”We've made some great progress here at the end of March. Really, for the last five or six weeks, we've seen a very different trajectory in terms of forward bookings as the U.S. case counts came down from their late January peak and vaccinations continue to run out in the marketplace. So we've seen what we would consider to be a lot of pent-up demand for primarily domestic and short-haul international leisure travel. This past week, digital shopping for, as a forward-looking marker, were 70 percent restored to our 2019 levels – and that's up nearly 15 points from December. And of course, our look to book ratios are continuing to strengthen. So, we've seen across all [advance purchase] windows some very good strength. And that's really very different from anywhere else that we've been in the pandemic, with the further out bookings now starting to come in.”

“The one thing that was consistent throughout the entire pandemic was the compression of the booking window – where inside of 14 and inside of 6 days were where most of year bookings resided. And really, in the past six weeks, we've seen that move out. So, the bookings that are beyond 60 days are almost flat to 2019 levels just down a few points. And that's a very different situation from where we've been in the last year. So, very encouraging signs there.”

“We have of, course not, yet released our middle seat. Our middle seat block is still in place and that is going to be an incredibly powerful tool. If you think that we were able to get to cash breakeven in the month of March with over 30 percent of our inventory that's out flying not being sold as demand continues to return and as we release those seats into the future, that's going to be an incredibly strong lever for us with very minimal cost to open those seats up.”