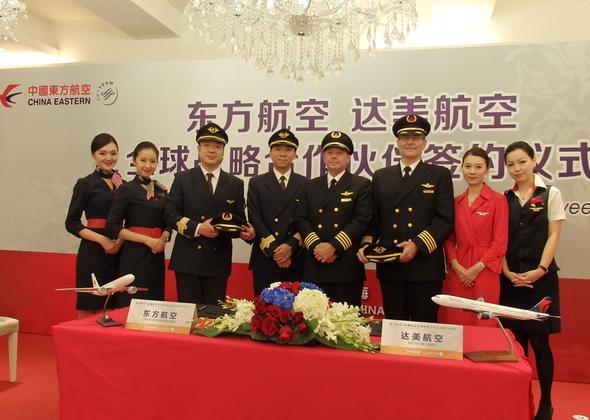 Delta and China Eastern Airlines finalized the expansion of its partnership by holding a signing ceremony for its expanded partnership Tuesday in Shanghai.

The agreement, which includes a $450 million investment by Delta to acquire a 3.55 percent stake in China Eastern, was signed by Delta President Ed Bastian  and Ma Xulun, President of China Eastern, and witnessed by more than 30 executives and leaders of both airlines, including Delta CEO Richard Anderson; Vinay Dube, Delta’s S.V.P. – Asia-Pacific; and Wayne Aaron, Delta’s S.V.P. – Alliances and Partnership Development; as well as Chinese and U.S. government officials, airport authorities, industry leaders and media reporters. 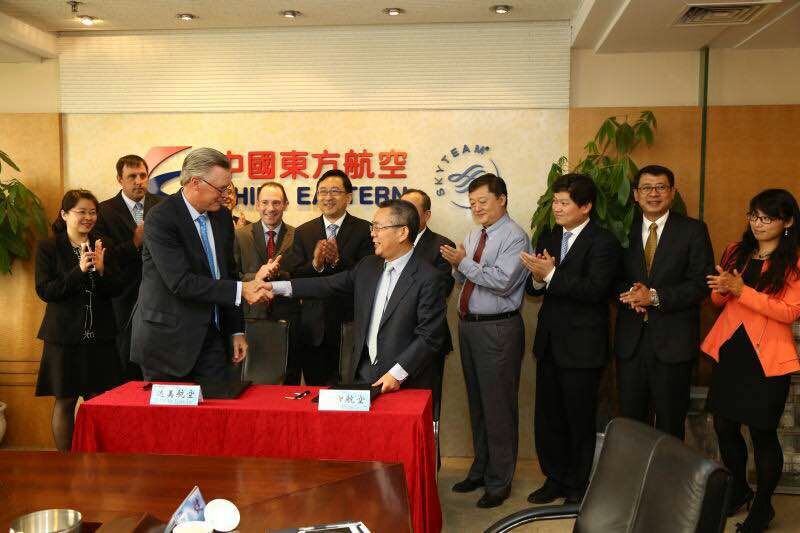 “Delta and China Eastern are always friends and now we are a family,” said Liu Shaoyong, Chairman of China Eastern. “Our partnership is closer, warmer, more sincere and cohesive, we carry our confidence in this prospective of such partnership.”

During the ceremony, Anderson presented a framed poster of “Spirit of Delta” airplane with a piece of the original ribbon from B767 dedication ceremony 33 years ago to Shaoyong, representing the shared value to understand the partnership.

“It is important part of Delta’s history and it symbolizes our loyalty, our trustworthiness, our hard work, our respect,” Anderson said. “We are fortunate to be in the situation where we have the opportunity to build the number one alliance across the trans-Pacific.”

In return, Shaoyong presented a symbolic stock certificate with crystal frame to Anderson.

Prior to the ceremony, pilots from both airlines exchanged their own captain hats to demonstrate the new partnership.