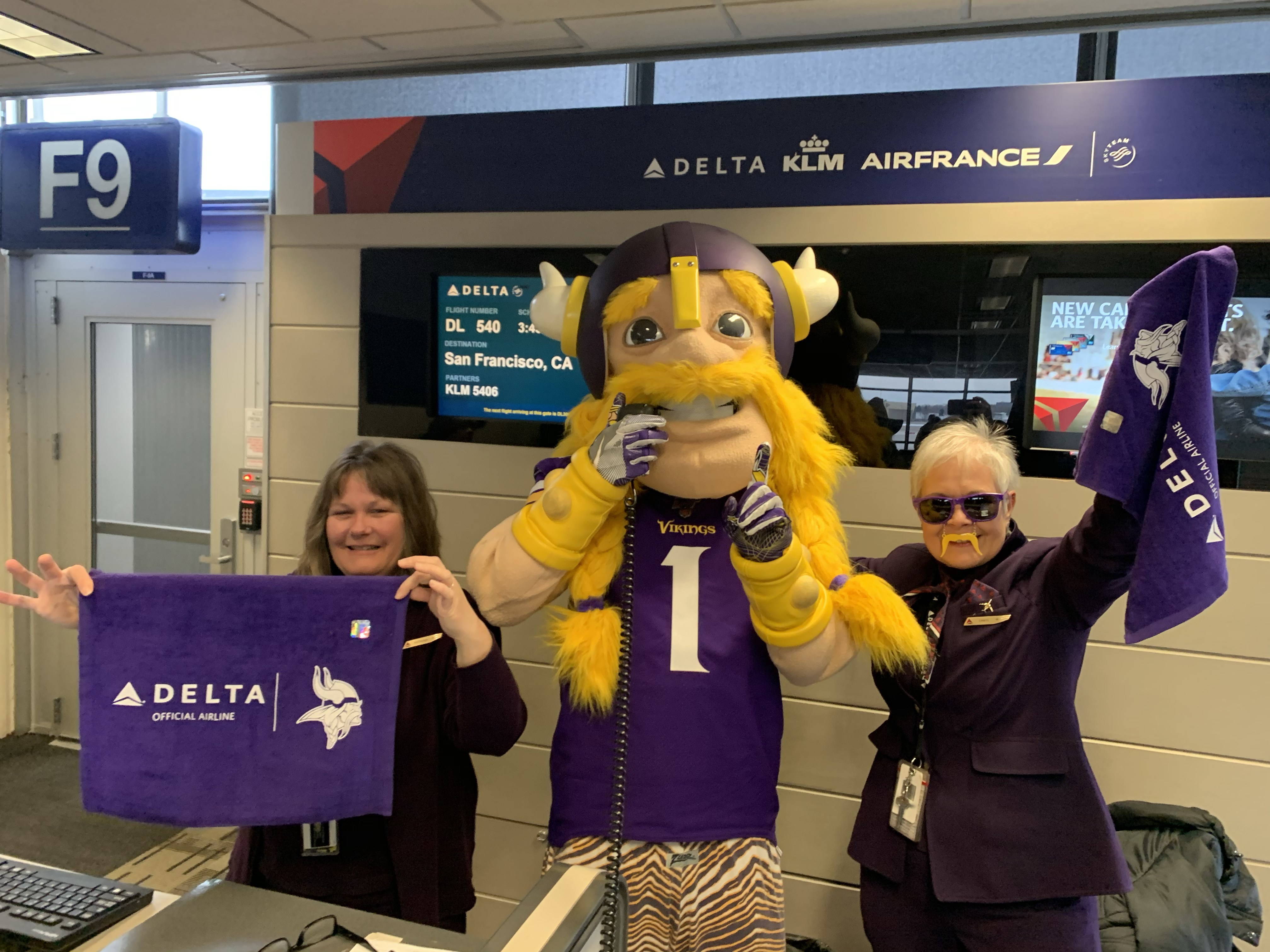 In Summary
Delta is the official airline of both the Minnesota Vikings and Seattle Seahawks.

On the eve of the NFL Playoff divisional matchups, Delta, as the official airline of both the Minnesota Vikings and Seattle Seahawks helped send-off fans and players as Vikings are set to take on the 49ers in San Francisco, while the Seahawks will head to Green Bay to face the Packers.

In the Twin Cities, mascot Viktor the Viking, team cheerleaders and the Viking drumline were on hand to greet eager fans as they arrived at the gate for their journey to San Francisco and were met with Delta-Vikings rally towels, Viking inspired treats and plenty of Minnesota cheer. Many fans also had the opportunity to see and send off Vikings players whose Delta charter flight departed from the neighboring gate, with Viktor the Viking on hand to assist Delta’s ramp crew in seeing the plane out from the gate.

In Seattle, replacing purple and gold with navy blue and green, there was similar fanfare, where Seahawks fans attended a “Blue Friday” pep rally with appearances by Blitz the Seahawk and the Seahawks dancers. Co-branded Delta-Seahawks rally towels were given to fans at SEA and the Delta Sky Club featured game day-inspired snacks and a Delta-Seahawks photo backdrop.

Should both the Vikings and Seahawks win their respective matchups this weekend, Delta will be guaranteed a place in this year’s Big Game in Miami on February 2 as the official airline of this season’s NFC champion.