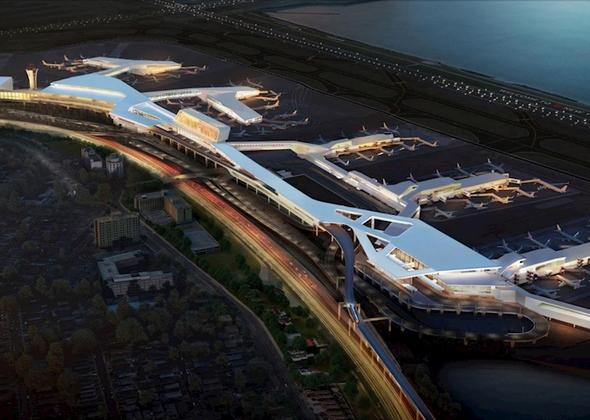 In support of the Port Authority's efforts to accommodate the ongoing rebuilding of LaGuardia Airport in New York, Delta will consolidate its New York-LGA operation in Terminals C and D, a significant step toward the construction of Delta's own state-of-the-art facility at the airport.

Delta is one of six airlines to change terminals at the airport later this year. The consolidation of carriers' flight operations will streamline customer travel and make airfield movements more efficient while facilitating the continuation of work to transform the 78-year-old facility into a brand new airport.

​"Consolidating our operation at LaGuardia is one of the first significant steps toward Delta's future $3.9 billion, 37-gate facility as the airport moves ahead with its historic redevelopment into a completely rebuilt and unified 21st-century transit hub," said H​enry Kuykendall, Delta's Senior Vice President – Airport Operations, Northeast.

Delta has invested more than $2 billion in New York airport infrastructure over the past seven years, in addition to the many other investments the airline is making in the customer experience across its system, including in new cabin interiors, Wi-Fi, free entertainment, onboard food and beverage, biometric and RFID technology and much more.

Delta is New York's largest carrier with more than 500 peak-day departures to more than 130 destinations worldwide from its hubs at LaGuardia Airport and John F. Kennedy International Airport – including more destinations from New York State than any other airline. Delta and its more than 10,000 New York-based employees are part of the fabric of the New York community, acting as the official airline of not only Madison Square Garden, but also the New York Yankees, New York Mets, Chelsea Piers and the Whitney Museum of American Art. The airline also partners with more than 40 community organizations. In 2017, Delta paid out more than $119 million in profit sharing to its New York employees and committed to contributing 1 percent of its net income from the previous year to k​ey charitable organizations, including organizations in New York.​