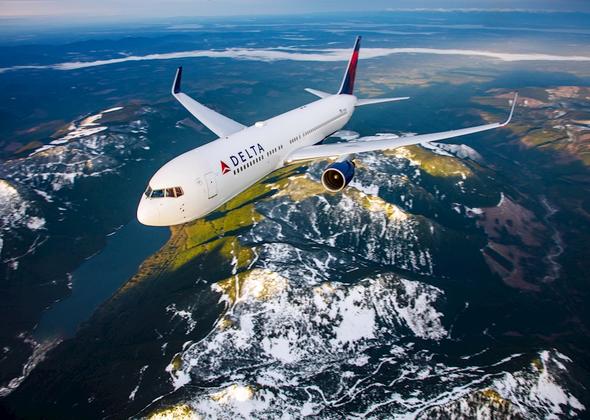 BOSTON — Delta customers in Greater Boston will enjoy new nonstop service to Pittsburgh and New Orleans as the airline continues its expansion in the region.

Beginning Oct. 1, Delta will operate twice-daily nonstop flights to Pittsburgh. Seasonal service to New Orleans will start on Feb. 10, 2018. With the new routes, Delta and its partners will serve a total of 47 destinations worldwide from Boston, including nonstop international flights to London, Amsterdam, Paris and Dublin.

“Delta is committed to becoming Boston’s global carrier of choice, and we continue to invest in Boston with our new Pittsburgh and New Orleans service for business and leisure customers,” said Joe Esposito, Delta’s Vice President — Network Planning, Americas. “Boston continues to play a larger role in Delta’s overall network, and we will continue to invest in new service important to Bostonians.”

Pittsburgh, an emerging technology center with one of the strongest economies in the nation, is a top business destination from Boston. The new flights will be timed for the convenience of business travelers in both cities, with Delta offering the only First Class product on the route with CRJ-900 service operated by Delta Connection carrier Endeavor Air, Inc.

The Boston Logan-Pittsburgh service will operate on the following schedule:

With Pittsburgh and New Orleans, Delta has now announced 10 new markets from Boston in 2017. The airline’s new service also includes:

Recent Boston service investments bring Delta to 103 peak-day departures in October 2017, an increase of 20 departures versus July 2016. Delta and its partners will serve 46 total destinations from Boston in 2017, including 17 international destinations and the largest transatlantic network.

Delta is the No. 1 carrier between Boston and New York, connecting business travelers with the Delta Shuttle, operated by Delta and its connection partner Republic Airline, with hourly service 16 times daily on week days between Logan Airport and New York City’s LaGuardia Airport as well as offering eight daily flights to JFK.

Delta is committed to enhancing the customer experience in Boston, and offers more first class seats than any other carrier. Delta Sky Club operates two locations in Terminal A providing customers with several healthy and fresh food choices and a number of complimentary drink options including local Samuel Adams craft beer and Starbucks coffee. THE BAR at Delta Sky Club offers wines and premium spirits. SkyMiles members can use miles for premium drinks with a swipe of their boarding pass.

Delta offers full flat-bed seats in Delta One on all flights to Europe as well as Boston’s No. 1 domestic destination, San Francisco. Delta One customers enjoy Westin Heavenly In-Flight Bedding featuring a full-size pillow and quilted comforter, chef-designed cuisine, a wine program curated by Master Sommelier Andrea Robinson, a TUMI amenity kit featuring Kiehl’s Since 1851 skincare products and an Alessi-designed collection of serviceware. Customers flying in Delta Comfort+ will benefit from up to four additional inches of legroom and 50 percent more recline than Main Cabin seats, as well as priority boarding, and every customer will enjoy Delta Studio, which includes hundreds of complimentary movies, TV shows, songs and games as well as Wi-Fi access on all aircraft except CRJ-200s.