To view the multimedia assets associated with this release, please click: http://multivu.prnewswire.com/mnr/delta/47794/

By summer 2013, Delta will add more than 1,200 First Class seats to its domestic MD-88, MD-90, Boeing 757-200  and Boeing 767-300 aircraft as it retrofits and upgrades the aircraft interiors. The initiative, which follows the addition of First Class cabins to all Delta Connection regional jets with more than 60 seats, does not impact Delta's previously announced capacity guidance.

"Delta already offers more First Class seats than any other U.S. airline. This investment in our fleet bolsters our position as the industry leader in First Class seating, and is a significant advantage for our business customers," said Glen Hauenstein, Delta's executive vice president – Network Planning, Revenue Management and Marketing. "It is part of a much larger investment – more than $2 billion – that we're making in our fleet, airports and product through 2013 to position Delta as a leader in customer service."

Including the installation of First Class seats on larger Delta Connection aircraft completed earlier this year, Delta by summer 2013 will have nearly 2,000 more First Class seats on its domestic fleet – a 13 percent increase in premium seating. For SkyMiles members, the expansion means one million more opportunities to upgrade to First class every year.

Delta already offers more First Class seating than any other U.S. airline, with 11 percent of the carrier's domestic seats in First or Business class on its two-class aircraft. Delta also is the only U.S. carrier to offer a First Class cabin on every domestic flight longer than 750 miles, or approximately 2.5 hours.

Delta's First Class investments are the latest in the airline's previously announced plan to invest more than $2 billion in enhanced global products, services and airport facilities through 2013.  In addition to upgrading its domestic fleet, Delta will offer full flat-bed seats on more than 100 widebody aircraft, feature personal, in-seat entertainment for both BusinessElite and Economy class customers on all widebody flights, and complete new terminal facilities for international customers at its two largest global gateways – Atlanta and New York-JFK.

The upgrades come as Delta focuses its network on the leading markets for business travelers, providing customers worldwide with convenient service to top destinations for business across the globe.

The seating upgrade, which also includes additional Economy Class seats, will be added as Delta revises its galley space to improve the efficiency of the aircraft. The amount of legroom offered on Delta's seats, in both Economy and First Class, will not change. 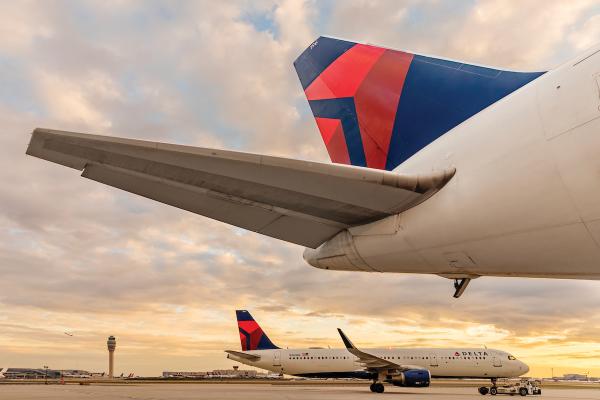