Delta Air Lines is adding another new international route from Boston, with a daily nonstop flight from Boston Logan International Airport to Edinburgh, Scotland, next summer. The route will be the eighth nonstop trans-Atlantic destination from Boston on Delta and its partners during the summer 2019 season.

“Delta is Boston’s No. 1 carrier across the Atlantic, and we’re excited to be expanding our service to Edinburgh,” said Roberto Ioriatti, Delta’s Vice President - Trans-Atlantic. “Business and leisure travelers will both enjoy convenient nonstop service between Boston and Scotland, delivered with Delta’s unmatched reliability and renowned customer service.”

The new route complements Delta’s existing service between Boston and the U.K., which includes flights to London-Heathrow, offered both on Delta and joint venture partner Virgin Atlantic, as well as Virgin Atlantic’s service to Manchester.

The flying will operate on the following schedule effective May 23:

The onboard Delta experience will be on Boeing 757 aircraft equipped with 16 seats in Delta One, 44 seats Delta Comfort+ and 108 seats in the Main Cabin. Every seat includes access to Wi-Fi, free personal in-flight seatback entertainment screens and power ports as well as complimentary beverages, snacks and meals.

“Direct air links to the United States of America play an important role for Scotland’s economy, so I warmly welcome the announcement of this new service between Edinburgh and Boston,” said Scottish Government Cabinet Secretary for Transport, Infrastructure and Connectivity Michael Matheson. “Not only will this give Scottish businesses a direct route into important North American markets, but it will also give inbound visitors even more options when it comes to getting a taste of the world class tourism experience on offer in Scotland. I wish Edinburgh Airport and Delta every success with this new service and look forward to it taking off next year.”

Edinburgh service follows recently announced nonstop service from Boston to Lisbon. Meanwhile, Delta’s Dublin service, which debuted in 2017, will operate on larger 767-300ER aircraft in 2019 due to increased demand.

“This is an incredibly exciting time for Delta in Boston as we grow our network, build on our customer experience enhancements, and deepen our community footprint,” said Charlie Schewe, Director – New England Sales. “Our new Edinburgh service is only the latest way we’re growing Boston’s direct access to international destinations around the world.” 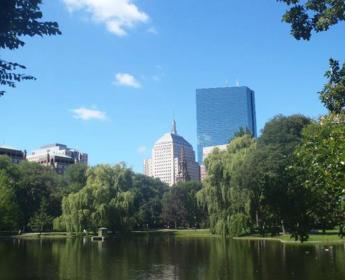