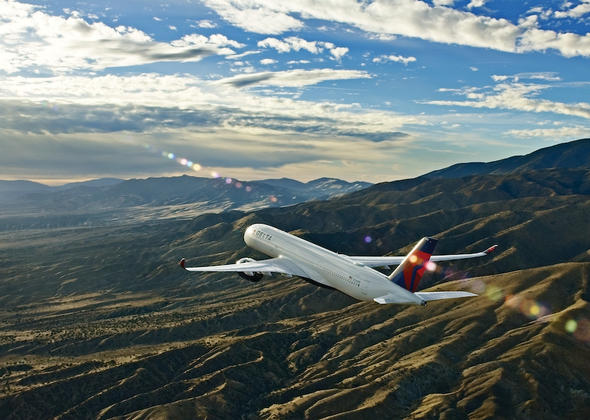 "Our commitment to the Global Citizen movement is born out of our determination to make the world better and more connected," said Delta CEO Ed Bastian. "We're looking forward to the opportunity to be part of this remarkable effort to end extreme poverty and improve the world around us."

In addition to The Delta Air Lines Foundation's contribution, Delta announced its partnership today at a press conference in New York City with representation from the worlds of entertainment, private sector, policy and philanthropy. Leaders from each sector promised increased efforts to mobilize the next generation of concerned global citizens and demand the attention of and secure commitments from world leaders, policymakers, NGOs and socially conscious corporations.

Delta's partnership with Global Citizen illustrates the company's commitment to connecting the world while making it better through environmental stewardship, diversity and inclusion, and community development. Delta and Global Citizen will join forces to activate the leading voices on the world's most significant social and economic challenges while climbing toward a more sustainable future.

Global Goal Live is campaigning to bridge the $350 billion funding gap in the 59 poorest countries in time to reach the Global Goals through three focus areas: sustainability, gender equality and human capital. Delta has contributed significantly in these areas through its own work.

Delta's sustainability strategy drives accountability and evaluates areas of opportunity across the business to lower its environmental impact. Since 2005, the airline has reduced its jet fuel consumption, leading to an 11 percent decrease in emissions as Delta works toward its long-term goal of reducing emissions by 50 percent by 2050. Most recently, Delta invested $2 million in a feasibility study of a biofuel production facility and flew its first of 20 carbon-neutral delivery flights using biofuels and carbon offsets this summer. Delta has capped its carbon emissions at 2012 levels by purchasing offsets and also removed a variety of single-use plastic items onboard, from amenity kits and from Delta Sky Clubs.

Delta works to promote gender equality in the workplace and again achieved 100 percent pay parity for employees in frontline jobs in 2019, in addition to partnering with women-owned businesses through its supplier diversity program. This year, the airline will celebrate its fifth-annual "WING Flight" to close the gender gap in aviation. Delta is also a leading voice in the fight against human trafficking, a criminal and social issue that largely exploits women and children. The airline has committed $2.5M to Polaris in support of the National Human Trafficking Hotline, provided 100 flights to transport victims and survivors, and has trained over 66,000 employees to detect and report signs of trafficking since 2011.

Delta invests more than 1 percent of its net profits each year to communities where the airline's employees live, work and serve. Last year, that support exceeded $50 million toward focus areas such as health and education. Delta works to improve global wellness as the No. 1 Corporate Blood Donor to the American Red Cross, raising over $14.6 million for Breast Cancer Research Foundation and building 270 homes with Habitat for Humanity in 13 countries. The airline supports education through sponsoring 30 Junior Achievement chapters across four continents, developing strong community partnerships with 3DE and Atlanta Public Schools, and building 30 playgrounds in 14 U.S. cities in partnership with KaBOOM!.