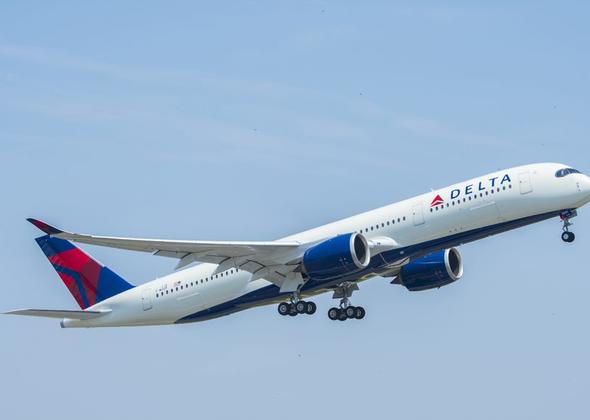 For two Delta customers making a flight connection in Minneapolis, an urgent phone call from a non-descript phone number set in motion a life-saving series of events—with Delta employees helping to orchestrate every move.

SkyClub ambassador Paul Rhodes was the first to greet the husband and wife couple when they hurried into the Minneapolis lounge—the customer, Jonathan M., had been notified a liver had come available.

He and his wife Sara needed to return to Cincinnati immediately for a long-awaited transplant.

Knowing time was critical, Rhodes and his team, including SkyClub lead Jeanne McMahon went to work. The next CVG-bound flight was 36 minutes from departure, boarding had just started and the clock was ticking to make this work.

To make matters more stressful, the flight was completely booked.

McMahon called the customer service agents at gate G11 to inform them of the situation and the importance of getting these two customers on the plane. She then called the Global Assistance Center to quickly reissue the Jonathan and Sara's tickets and put them on standby for the flight. Finally, she phoned the baggage team to reroute their bags.

"I knew time was of the essence to make this happen," said McMahon. "And the team rallied to take care of these two customers. Every person I called recognized exactly how important the situation was and this never would have happened without everyone stepping up. We worked together to take care of this man's life."

By the time they arrived at the gate, the two customers found a nearly full flight—one seat had opened up. With no opportunity to solicit standbys during the boarding process, the gate agent went down to the door of the aircraft to make a plea to customers on board.

As soon as customers realized the gravity of the situation, flight attendant call buttons were rung and hands went up across the cabin with customers willing to volunteer their seats. One customer in particular jumped up, graciously giving up her seat—the plane applauded—and customers had tears in their eyes. In a conversation after giving up her seat, that customer said her decision to volunteer was a "no brainer" and that "when compared to life and death," her plans for travel were suddenly not all that important.

"We work in a challenging industry sometimes, but human goodness was on full display that evening," McMahon said. "Every person who flies with us has a story and on that flight, everyone had somewhere they needed to be, but those that volunteered recognized that there was something bigger, something more important going on. We all did."

The flight departed on time with both Jonathan and Sara on board.

As the customer Jonathan was in surgery, receiving a new liver, McMahon called his wife Sara to check in.

"You're an angel," Sara told McMahon. "You saved his life."

"I told her the entire Delta Team was the lifesaver," McMahon said, reflecting on the number of Delta people who came together to make this happen. "This is how our team is the best in the industry. We are nothing without each other."

Sara added that had her husband not made the Cincinnati-bound flight—the last flight of the night—Jonathan's new liver would have expired. "He would have died without [the MSP team]," she told McMahon.

"Saying 'No One Better Connects the World' isn't just lip service; Delta people carry out that mission every day and this situation is a testament to that," said Gareth Joyce, Delta's S.V.P. – Airport Customer Service and Cargo. "This team of employees went above and beyond and the result was quite literally a life saved. Working for an airline is a humbling pursuit and I'm so proud of the care and compassion of our Minneapolis team."​