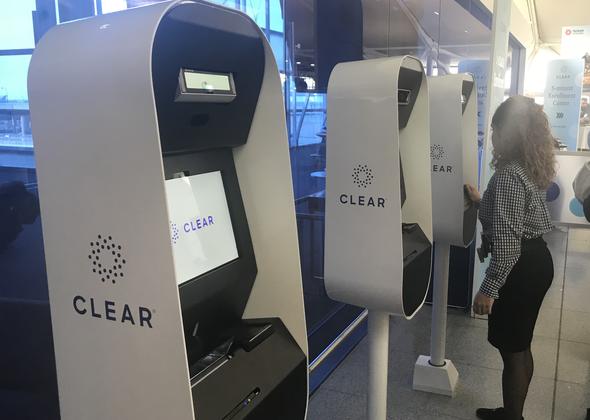 Delta's investments in Terminal 4 at New York-JFK have made it a world-class gateway in the Big Apple. And now, thanks to the airline's partnership with CLEAR, the facility is also the latest to offer a faster way through security lines.

Terminal 4 joins JFK's Terminal 2, Delta Terminals C and D at New York-LGA, and Delta Sky Clubs at both hubs in giving customers the option to speed through New York airports with just the touch of a finger or blink of an eye. In total, some 24 of the busiest airports where Delta flies now feature CLEAR. 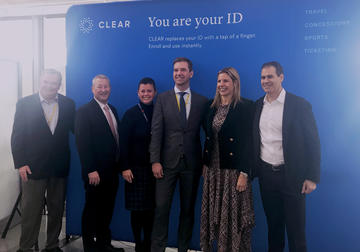 "We understand the value of speed and reliability, especially in a city as hard-working as New York," said Henry Kuykendall, Delta's S.V.P. – Airport Operations, Northeast. "Partnering with CLEAR to deliver a quicker journey through security is an important part of Delta's broader efforts to provide our customers with a superior travel experience from curb to gate."

Delta is New York's largest carrier and operates more than 200 peak-day departures to more than 80 destinations worldwide from its JFK hub. The airline first unveiled its $1.2 billion, state-of-the-art international gateway at JFK's Terminal 4 in 2013.

Over the past several years, Delta has led the industry on a number of customer solutions like RFID baggage handling, automatic check-in and bag tracking via the Fly Delta mobile app, a cross-industry alliance that will empower customers with seamless in-cabin connectivity experience, more efficient and high-tech automated screening lanes, and a groundbreaking app that helps Delta pilots avoid turbulence for a more comfortable flight. Delta was named one of Fast Company's Most Innovative Companies Worldwide in 2018, earning the No. 6 spot among travel companies. This December, Delta will launch the first biometric terminal in the U.S. at Hartsfield-Jackson Atlanta International Airport.

Delta's customer experience solutions complement a number of recent and upcoming enhancements to the airline's network offerings from JFK. Earlier this year, Delta launched new daily service to San Jose, Calif., while also growing its Dallas service to three times daily and adding an eighth nonstop to Delta's Atlanta hub, a fifth nonstop to Delta's Detroit hub and additional increased nonstop frequencies to other top business markets. This winter, Delta will offer new Caribbean service from JFK to Kingston, Port-Au-Prince, and Antigua, along with a second daily flight to Nassau and flights to St. Maartin increasing from Saturday service to a daily frequency. Next summer, Delta will launch a second daily nonstop flight to both Paris and Tel Aviv, Israel, and the airline will continue to provide the only U.S. carrier nonstop service from JFK to the Azores, Edinburgh, Glasgow, and Berlin.

CLEAR is the only U.S. biometric identity verification platform that uses fingerprint and iris I.D. technology to expedite the document check portion of the TSA security process. CLEAR members verify their identity in the dedicated CLEAR lane and then enter either TSA PreCheck or general screening depending on their status, reducing the overall amount of time spent at security.