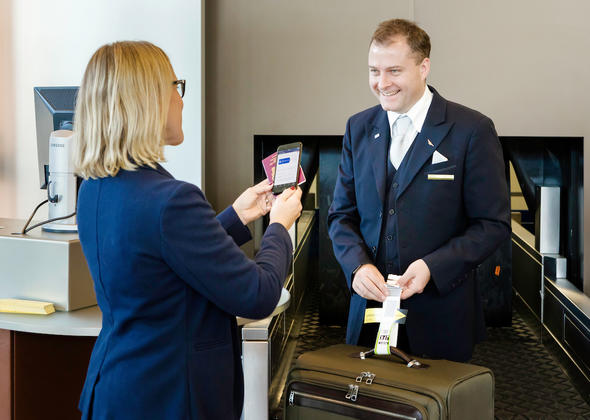 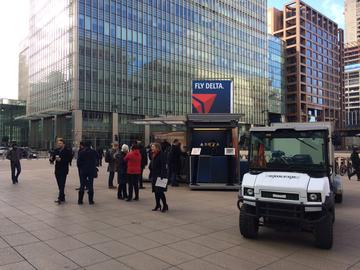 LONDON — Delta’s focus on innovation has moved up a gear with the roll out of a new industry-leading service which allows customers to keep track of their checked bags on its flights between London Heathrow to the United States via their mobile phones.

To celebrate the U.K. launch, a specially-created Delta airport baggage truck took to the streets of London this morning making its way to Canary Wharf (pictures available) where the Delta team is introducing passers-by to its new technology.

Radio Frequency Identification (RFID) bag tags are added to all checked luggage enabling customers to receive real-time updates on the whereabouts of their luggage from check-in to the arrival carousel. The tags are read by RFID antennas at various points along the journey and customers’ receive push notifications via their phones on the Fly Delta app, setting new standards for what customers can expect when they travel with Delta.

“Carrying more than 1.3 million bags between London Heathrow and the United States each year, our new service gives customers peace of mind because they know we’re looking after their bags every step of the way,” said Corneel Koster, Delta’s senior vice president Europe, Middle East, Africa and India. “Following a successful roll-out in the U.S., we are on track to equip all of our international stations, including Heathrow, with this technology as part of our continued efforts to improve our customer experience.”

Initial results of RFID-tagged items show they are tracked at a 99.9 percent success rate, ensuring proper routing and loading. In addition to live updates, customers can also access a map view of their bag’s journey when travelling in the United States through the Delta Fly app.

Delta has invested more than $50 million to ensure the accurate routing and loading of the 180 million bags it handles each year. This commitment to reliability has been recognised with Delta recording the lowest mishandled bag numbers in U.S. Department for Transportation data six times in recent months.

The airline’s additional European hubs, Amsterdam and Paris, are due to come online in the coming months with every one of Delta’s 344 airports across the globe scheduled to receive the technology.

Customers who book Delta-operated flights through its partner Virgin Atlantic, can use the bag tracking service on flights departing London Heathrow. The Fly Delta app is available to download free of charge on all Apple and Android devices.