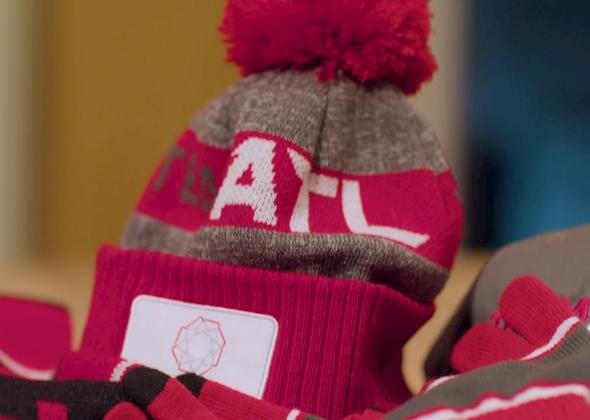 When Grace Carpenter, a Senior Coordinator in Delta's Operations and Customer Center, saw the Atlanta Super Bowl Host Committee was accepting volunteer applicants, she jumped at the opportunity. 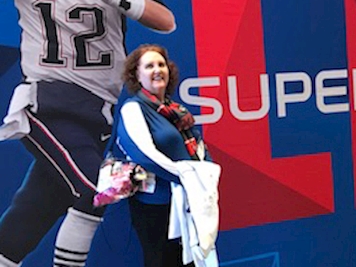 "I knew the responsibilities of volunteering would place many demands on my schedule, but I wanted to represent Delta by serving as an ambassador for the city of Atlanta and showing fans what makes this city great," Grace said.

The Atlanta Super Bowl Host Committee sought 10,000 volunteers, 500 of those Delta employees. Grace was chosen to serve as a Lead Captain of the Street Team, a group of volunteers dedicated to providing safety, way-finding and "Southern hospitality" to visitors.

Volunteers play an essential role in the game day experience and as a proud community partner of the Atlanta Super Bowl Host Committee, Delta encouraged its employees to apply for Team ATL as well as the airline's own volunteer airport staffing program, Peach Corps. Grace recently spoke with Delta News Hub on a variety of subjects related to Team ATL:

GC: Team ATL is the volunteer group created by the Atlanta Super Bowl Host Committee made up of enthusiastic ambassadors. We will be positioned around the city, at the airport, hotels, transportation hubs and Host Committee events welcoming and providing assistance to visitors. Team ATL is about more than a football game; it's about the impact volunteers can have in this amazing city to make change happen through our actions and leave lasting impressions on our visitors.

I applied in March 2018 when the Host Committee first started accepting applicants. The volunteer response was the largest in history, with over 30,000 applicants. The Host Committee solicited 450 captain positions and 10,000 volunteer positions. Every applicant had to complete a face-to-face interview and those selected were required to pass a cri​minal background check in order to participate. Successful applicants were advised in September and all Team ATL volunteers were invited to the kickoff rally in October.

The NFL also solicited the Host Committee for volunteer Lead Captains. I was chosen to be a Lead Captain by the Host Committee because I displayed the qualities they were looking for such as enthusiasm, leadership and decision making. Captains are considered the highest vetted group and are required to commit 10-20 hours from June to February as well as assist with conducting general volunteer interviews.

Decision to volunteer during the Big Game

When I first saw the announcement, I was really excited to get involved. I had previously been a member of a Delta-sponsored volunteer group of 100 employees for the 1996 Olympics in Atlanta. I was assigned to the Athlete Village for six weeks and thoroughly enjoyed the reward of being chosen to represent Delta to such a large group of athletes and fans.

Team ATL is broken into five different teams: Airport, Hotel, Street, Headquarters and Super Bowl Live. I decided the best way to represent my skills would be as a Lead Captain associated with the Street Team volunteers. The Street Team would be the heart of Team ATL and jewel of the game day experience as the first impression of the Big Game and city of Atlanta.

Role of Lead Captain for the Street Team

The Street Team's purpose is to ensure safety and security of our visitors, communicate and offer assistance to fans by sharing the location of events to enjoy. All of the events are within one mile of Mercedes Benz Stadium for easy access.

As a Lead Captain, I am responsible for providing amazing Southern hospitality to fans and leading others by example; most importantly, keeping everyone on my team engaged while maintaining a safety first mindset and a professional demeanor. Other duties will include deploying volunteers to their designated zones and overseeing them while they maintain the safety of volunteers and fans in that zone, providing support for captains and volunteers, and contacting emergency services if needed; this also includes being vigilant about watching for human trafficking.

Contributions to the Delta brand and impact on customers

In conversations with our visitors, I will have the opportunity to engage them about Atlanta's hometown airline. I'll be able to ask them where they came from and how they arrived, while offering suggestions for their interest in traveling the world using Delta's reputation for the world's most awarded airline.