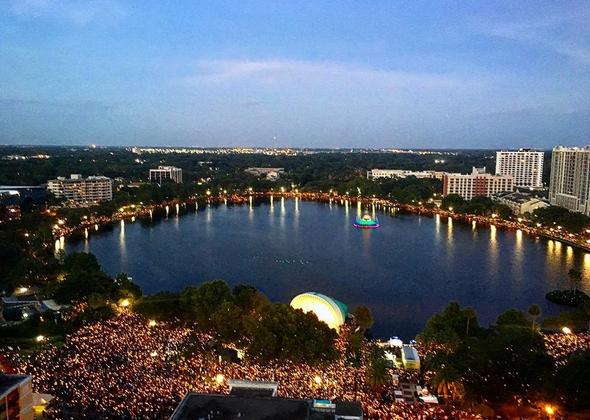 More than 80 members of Delta’s Employee Equality Network (DEEN) and Latin American Hispanic Employee Network (LAHEN) joined members of the Orlando community and additional supporters for a candlelight vigil Sunday night to honor the victims of the tragic attack on June 12. 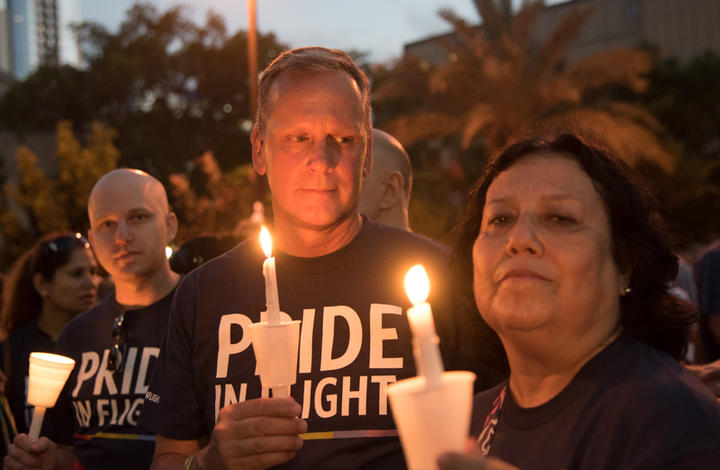 Delta people and leaders, including David Clayton, Director – Tampa Reservations Customer Engagement Center, and Sandy Parkey, Airport Customer Service Field Director - Florida Region, were among the vigil’s nearly 50,000 attendees who held candles around the banks of Lake Eola near downtown Orlando as the names of each victim were recited. DEEN and LAHEN members also held up signs that read, “Estamos con Orlando” (We are Orlando) to further emphasize their support.

“When people saw the banner, they were so overwhelmed and touched. Some even joined in to carry the banner, and others came up just to say thank you. It was so meaningful to be there and see their faces,” said Christian Amaro, Customer Care employee and member of DEEN, who helped plan Delta’s presence at the vigil. “As someone who has lived almost all my life in Orlando, I can say it really touched us. It was a way to say, ‘We’re here for you, and we’re not going anywhere.’” 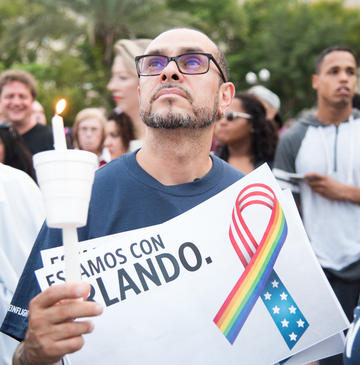 “In times of great tragedy, I am proud to see so many caring individuals and organizations give to those who need it the most,” said Tad Hutcheson, Senior Vice President for The Delta Air Lines Foundation. “We’ve thoughtfully chosen to donate to The Better Together Fund to help support the victims and their families who were affected by this senseless tragedy and continue to promote a culture of diversity, inclusion and respect.”

The Delta Air Lines Foundation is a nonprofit corporation formed in 1968 to enhance Delta's charitable giving. The Foundation is focused on the key areas of health and wellness, arts and culture, education and diversity.

Last week, Delta employees showed their compassion and support for the victims in many ways, including launching a ribbon campaign, spearheaded by In-Flight Service and recently expanded to include Airport Customer Service and Reservation Sales and Customer Care employees. Delta will also raise a second Pride flag later this week at the airline’s Minneapolis-St. Paul campus.

In continuation of Delta’s support for the Orlando community, the airline is: 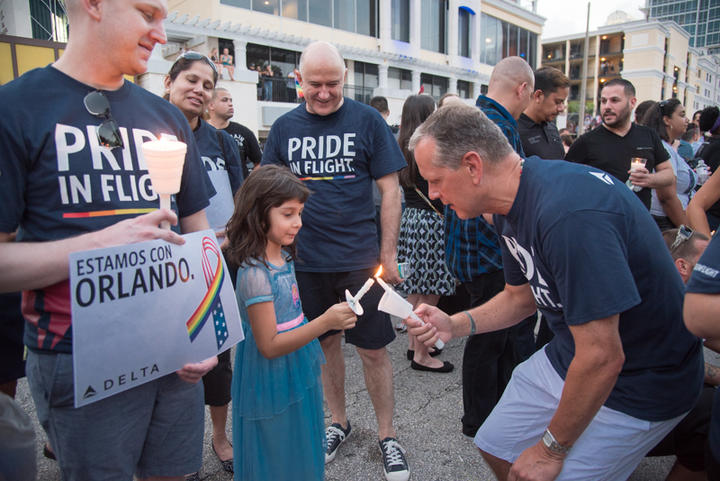 Delta teams are assessing situations individually to meet the needs for those affected by the tragedy. More details about Delta’s ongoing support for Orlando are available here.