WASHINGTON - Delta employees have flooded House and Senate members' offices this month, asking them to urge the U.S. government to address the massive subsidies Qatar and United Arab Emirates are providing their airlines.

“I fought for my country in Iraq, and I’m proud to be here in D.C. to fight for my Delta family,” said Wil V, a Cincinnati-based flight attendant. 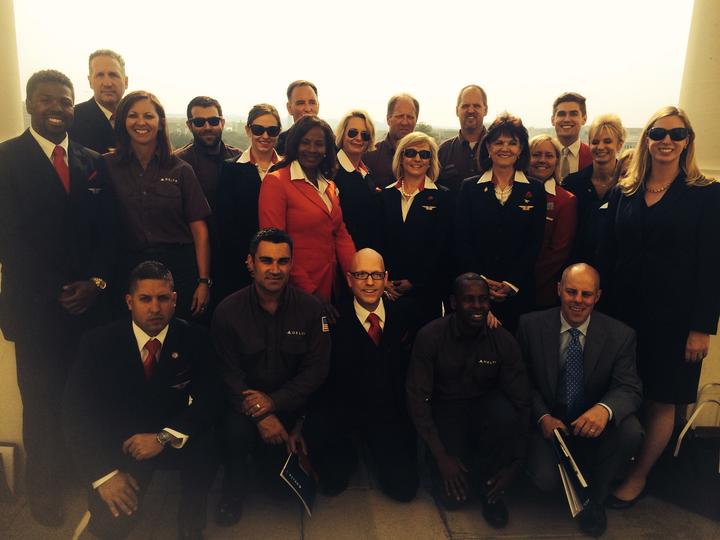 Two employee “fly-ins” have already taken place, with an additional fly-in under way this week.
“We can and do compete with airlines all over the world,” said Manny A., a Boston-based Cargo representative. “But we can’t compete with unlimited funds from a government. We are accountable to our shareholders and we are just asking for Open Skies to be enforced.”
In all, 60 cross-divisional front-line volunteers are visiting more than 200 congressional offices to share with members and staffers these messages:

Qatar and United Arab Emirates have provided more than $42 billion in government subsidies and other unfair benefits to their state-owned airlines Emirates, Etihad Airways and Qatar Airways. Delta, along with American Airlines and United Airlines, is part of the Partnership for Open & Fair Skies that revealed evidence of the subsidies this year.

Without stimulating new passenger demand, Gulf carriers are growing into U.S. markets rapidly at the expense of U.S. carriers. Since January, Gulf carriers have increased their capacity in the U.S. by 25 percent. U.S. carriers typically grow about 3 percent annually.

“Every time a U.S. carrier loses an international roundtrip because of a Gulf carrier’s unfair advantage more than 800 aviation jobs are lost,” said Nate S., a Chicago-O-Hare-based Airport Customer Service agent. “That’s a direct impact that we need our representatives to understand.”

Canada, Germany and the Netherlands have placed a freeze on new flights by Gulf carriers to their countries.
The meetings come as support grows for the U.S. government to take a closer look at the issue.

This week more than 20 U.S. Senators signed on to a bi-partisan letter urging consultations with Qatar and UAE, as did 262 House members in May. The United States Conference of Mayors, which includes 1,400 mayors from across the country, passed a resolution at its annual conference last week with bipartisan support to do the same.

Employees lobby: By the numbers.