Delta employees, Tom Glavine pull together for a cure at 2018 Jet Drag and Relay For Life 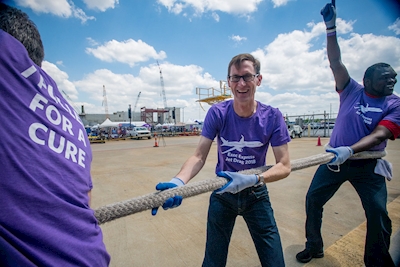 One day each spring, Delta holds two of its signature events in the battle against cancer: Relay For Life and Jet Drag. And last Friday, Delta people brought their best to both.

Employees raised more than $689,000 for the American Cancer Society through the two events — and got some exercise and settled bragging rights in the process.

"This is just an incredible event and it shows how we as Delta come together," said Gareth Joyce, S.V.P. Airport Customer Service and President — Cargo. "We don't just throw checks. We roll up our sleeves, we get out in the community, and we show people that we are willing to put sweat into fighting the fight."

Delta's yearly Corporate Relay For Life event is the largest in the nation. The annual Jet Drag is one of the most unique fundraisers. A total of 107 teams of 20 people each competed for the fastest time to pull a 127-ton Boeing 757 aircraft 20 feet. About 3,000 participants — including Atlanta Braves Hall of Famer Tom Glavine — cheering spectators made for a festive day at Atlanta TechOps.

​​The LAX Men's Division team, Rain Is Not an IROP, walked away with the victory with a winning pull time of 7.410 seconds.​​​ ​ 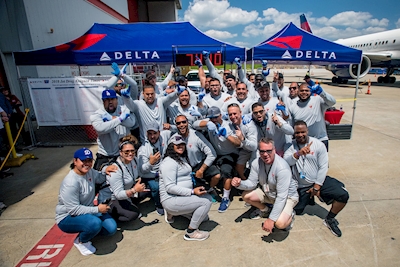 "First time at this competition, the team did an outstanding job," said Azeem M. from LAX Cargo. "This is for the Delta family, this is for Team LAX and of course this is for the American Cancer Society."

Ed hosted Team Hope, which consisted of Delta employees who are cancer survivors, caregivers or are currently battling the illness like Asia Y. from Global Sales in Atlanta. She competed in this year's Jet Drag to mark one year since her cancer diagnosis and as a way come to terms with how her life has changed.

"It was so emotional, I didn't think I could do it. But being around so many people with the same cause and goals in mind — it really gave me the strength to do this today." 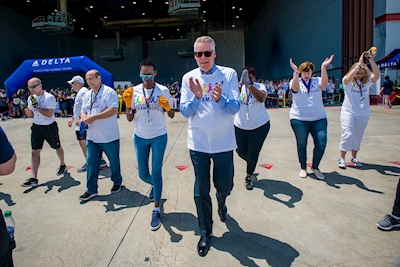 Top fundraisers were Gretchen's Gazelles, pulling in $131,000 as a team and Mike Weigel, who raised $17,000 individually.

View the gallery below for more photos of the 2018 Jet Drag:​ 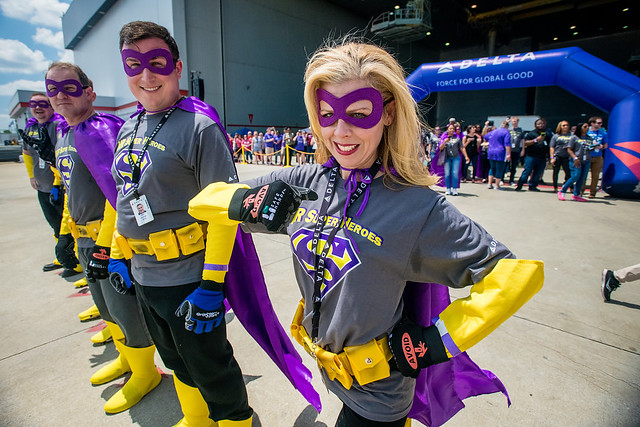