LONDON — Delta Air Lines has partnered with the British Red Cross to fund the charity’s first out-of-hours emergency call centre. The facility will create up to six new jobs and could help more than 3,000 people each year.

The charity already operates daytime emergency response operations in different regions but has been unable to offer a full time national out-of-hours call centre until now. The call centre will operate from 6:00 p.m. until 8:00 a.m. BST seven days a week expanding its operation to be around-the-clock. In 2015, its volunteers responded to 2,230 emergency call outs and assisted more than 14,000 people with vital emotional care and practical support.

“By their nature, emergencies can happen at any time, which is why we have committed to supporting the work of the British Red Cross,” said Nat Pieper, Delta’s S.V.P. — Europe, Middle East, Africa and India. “We have worked with the American Red Cross for more than 75 years and having seen the incredible work they do, we’re proud to be able to help their British counterpart assist people across the U.K.”

The Red Cross helps vulnerable people in the U.K. and abroad prepare for, withstand and recover from emergencies in their own communities including adverse weather, natural disasters and individual crises.

“Working alongside the U.K.’s emergency services, the Red Cross responds to thousands of emergency call outs across the U.K. every year, including house fires and flooding,” said Simon Lewis, Head of Crisis Response — British Red Cross. “We’re extremely excited about the launch of our partnership with Delta Air Lines as the facility will centralise emergency calls, making the way requests are handled more efficient and effective. With the support of partners like Delta, the Red Cross can continue its vital work supporting people in crisis across the country.”

As part of the airline’s commitment to donating one per cent of its profits to charity, Delta is building its Community Engagement portfolio in the U.K., partnering with organisations such as The Prince’s Trust, Pride in London, The National Theatre, Great Ormond Street Children’s Hospital Charity and The Donmar Warehouse. Globally Delta also supports the Ghana Red Cross, Mexican Red Cross — Cruz Roja Mexicana and Brazil Red Cross — Cruz Vermelha Brasileira in addition to the British and American entities. 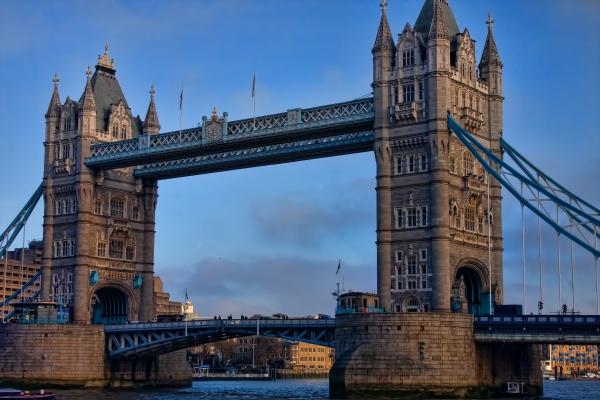