Delta Air Lines (NYSE:DAL) is equipping its 11,000 pilots with the Microsoft Surface 2 tablet, which will be used initially as an electronic flight bag to replace heavy paper-based flight kits containing navigational charts and aircraft operating and reference manuals. Device rollout to pilots flying the Boeing 757 and Boeing 767 fleets will start later this year and all Delta cockpits are projected to be paperless by the end of 2014.

The Surface 2 will run on the Windows RT 8.1 platform and provide flight crews easy access to essential tools and the most up-to-date flight-related resources, including navigational charts, reference documents and checklists while saving the airline $13 million per year in fuel and associated costs.

"Delta's electronic flight bag running on Surface 2 continues the technological strides Delta has been making to give our crews the best tools to keep them flying safely and efficiently," said Capt. Steve Dickson, Delta's senior vice president – Flight Operations. "This intuitive device puts key information at our pilots' fingertips right when they need it. By eliminating paper, we'll reduce clutter and minimize time spent looking for flight information, allowing our pilots the opportunity to develop greater situational awareness in the air and on the ground."

With the Windows RT 8.1 operating system, pilots will be able to open two applications side-by-side, offering, for example, the opportunity to assess weather information alongside proposed flight paths. The Live Tile user interface in Windows 8.1 can feed up-to-the-minute information to crew members while the Surface 2's true high-resolution 1080p touchscreen display adds detail to maps and other resources.

Delta expects to receive approval from the FAA to use the tablets during all phases of flight next year, a process that follows an extensive period of testing on board Boeing 757 and Boeing 767 aircraft. Approvals for all subsequent fleet types are expected by the end of 2014. The Surface tablets fully integrate handheld technology in the flight deck, streamlining organization of necessary materials and ensuring continuity of information accessed by pilots while giving them the latest tools to drive operational and cost improvements. The reduction of paper in the cockpit also reduces clutter and allows pilots to spend more time focusing on flying the aircraft as they will benefit from an intuitive user interface that features functions to find information faster, without having to hunt for appropriate manuals in flight bags or page through paper documents.

"The integration of the electronic flight bag is part of Delta's broader move to upgrade flight deck equipment, deploy technology enhancements and take advantage of airspace modernization efforts," said Dickson. "With these improvements, we're able to reduce the airline's environmental impact while providing a great deal of flexibility to continue to add mobile technology solutions into our flying operations."

Maximizing efficiencies for environmental benefit
Rolling out the Surface 2 tablets across the entire fleet and eliminating paper in the cockpit means the carrier will remove traditional 38-pound pilot flight bags maintained on board aircraft for each pilot. That critical weight reduction is expected to reduce fuel usage by an estimated 1.2 million gallons per year which translates to a 26-million-pound reduction in carbon emissions — the equivalent of taking more than 2,300 passenger cars off the road. Additionally, the tablet will cut the airline's paper usage by 7.5 million sheets annually and save an estimated 900 trees each year.

In the coming years, Delta plans to expand the functionality of the EFB equipment and increase the efficiency of the operation by providing pilots with electronic dispatch and flight release information, access to real-time weather forecasts, up-to-the-minute operational information and dynamic communication with aircraft technicians on the ground.

"We set out to make Surface the most productive tablet, so we couldn't be more excited to help Delta pilots be more productive and help the environment," said Brian Hall, Surface general manager at Microsoft. "This announcement demonstrates Delta's absolute commitment to bringing the best in technology innovation into their flight operations. The full HD Surface screen and ten-hour battery life will be perfect for flights where Delta pilots will get seamless real-time data and visualization in a variety of lighting conditions. And then they can be productive off the plane with Microsoft Office and our click-in keyboard. We look forward to seeing how Delta amazes us with its Surfaces."

The move to a paperless cockpit follows Delta's industry-leading launch of handheld devices for its 19,000 flight attendants that runs on Windows Phone-based software. Delta flight attendants began using the Nokia Lumia 820 in August and are able to access customer and flight information while using Dynamics for Retail technology for easy onboard customer purchases.

About Microsoft
Founded in 1975, Microsoft (Nasdaq "MSFT") is the worldwide leader in software, services and solutions that help people and businesses realize their full potential.

More information about how organizations are turning to Microsoft technology is available on the Microsoft Customer Spotlight newsroom.

About Delta
Delta Air Lines serves more than 160 million customers each year. Delta was named by Fortune magazine as the most admired airline worldwide in its 2013 World's Most Admired Companies airline industry list, topping the list for the second time in three years. With an industry-leading global network, Delta and the Delta Connection carriers offer service to 317 destinations in 57 countries on six continents. Headquartered in Atlanta, Delta employs nearly 80,000 employees worldwide and operates a mainline fleet of more than 700 aircraft. The airline is a founding member of the SkyTeam global alliance and participates in the industry's leading trans-Atlantic joint venture with Air France-KLM and Alitalia. Including its worldwide alliance partners, Delta offers customers more than 15,000 daily flights, with hubs in Amsterdam, Atlanta, Cincinnati, Detroit, Minneapolis-St. Paul, New York-LaGuardia, New York-JFK, Paris-Charles de Gaulle, Salt Lake City and Tokyo-Narita. Delta is investing more than $3 billion in airport facilities and global products, services and technology to enhance the customer experience in the air and on the ground. Additional information is available on delta.com, Twitter @Delta, Google.com/+Delta and Facebook.com/delta. Video with caption: "Delta is partnering with Microsoft to provide its 11,000 pilots with Microsoft Surface 2 tablets. The move continues Delta's technological strides and the airline expects cockpits across the entire fleet to be paperless by the end of 2014." Video available at: http://origin-qps.onstreammedia.com/origin/multivu_archive/PRNA/ENR/FX-MM88288-20130930-01.mp4 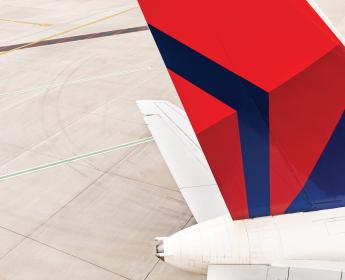 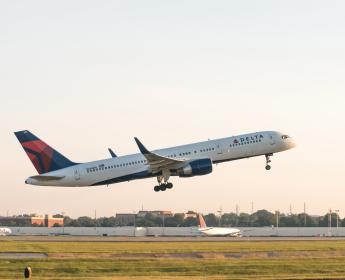 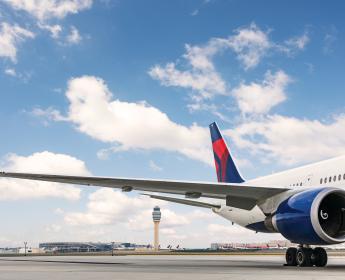