Delta continues to deepen its ties to Minneapolis-St. Paul with a new three-year sponsorship agreement to become the Official Airline of the St. Paul Saints, a member of the American Association of Independent Professional Baseball league. Delta will also serve as the exclusive partner of the accessibility initiatives at CHS Field, the Saints’ hometown stadium in downtown Saint Paul, Minn.

The 7,210-seat ballpark is a leader in accessible stadium design, with many features that exceed the code requirements established by the 2010 Americans with Disabilities Act Standards for Accessible Design – including semi-ambulant seats, removable armrests on selected aisles, and more than double the required number of wheelchair seating spaces. CHS Field is also committed to sustainability, using solar power to assist in the generation of electricity for the ballpark and reusing rain water for field irrigation.

“Delta is pleased to team up with a local favorite like the St. Paul Saints and inspired by the opportunity to learn from their impressive blueprint for universal design and sustainability,” said Bill Lentsch, Senior Vice President – Airport Customer Service and Airline Operations. “These are key priorities for the airline industry as well, and we look forward to partnering with standard-setters like this team and the city of St. Paul to identify new ways to champion these important initiatives in our own business.”

As the team’s official airline, Delta will receive prominent branding in designated areas around the ballpark, including signage around accessible seating, and will work closely with the Saints on various promotional activities and fan initiatives throughout the season.

“As a Delta million-miler, I’ve had the opportunity to experience their exceptional customer service firsthand,” said Saints Owner and President Mike Veeck. “It’s an honor to have a world-renowned international airline as part of our family. This is a cause that is near and dear to my heart.”

Minneapolis-St. Paul is Delta’s third-largest hub, and the airline offers more than 400 peak-day departures to 125 worldwide destinations. Delta is the official airline of three of the state’s professional sports teams – the Minnesota Twins, the Minnesota Vikings, and the Minnesota Wild – in addition to supporting numerous charitable and community organizations. 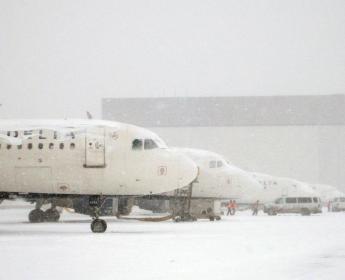