Delta submitted a letter of concern Aug. 18 to the U.S. General Services Administration after it awarded JetBlue a route contract for U.S. federal travel between New York-JFK and Milan – a route the airline is incapable of operating. 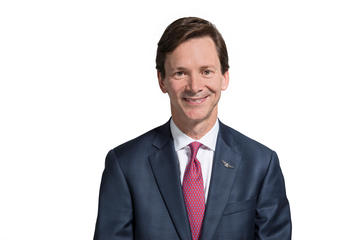 “This award is for JetBlue in name only, as 100 percent of the flights on the contracted route will be operated by Emirates Airline, a United Arab Emirates flag carrier,” Peter Carter, Delta’s Chief Legal Officer, wrote in the letter.

JetBlue does not operate long-haul trans-Atlantic flights. This means Emirates – a heavily subsidized state-owned airline – will benefit via codeshare agreement from U.S. taxpayer dollars – not a U.S. flag air carrier as required by the Fly America Act.

Delta does not believe U.S. carriers should never engage foreign codeshare partners to assist in the operation of international contract routes for U.S. government-funded travel. However, this case is unique.

The GSA’s application process for this route specified that offers had to comply with the Fly America Act that requires federal travelers to use U.S. air carrier service for all air travel and cargo transportation services funded by the U.S. government. Delta said the JetBlue award “actively undermines” the Act.

“Congress designed the Act ‘... to help improve the economic and competitive position of U.S. flag carriers against foreign air carriers’,” Carter said. “Emirates is not just a foreign air carrier, it is a state-owned Gulf carrier that exploits an improper advantage over U.S. flag carriers by receiving massive subsidies from its home government. This appears to be a glaring contravention of the Fly America Act’s vision ... [that] will impair the ability of U.S. carriers to compete in that market.”

Delta is a member of the Partnership for Open & Fair Skies, along with American Airlines, United Airlines and several labor unions. The Partnership is urging the U.S. government to restore a level playing field under Open Skies agreements with Qatar and the United Arab Emirates, which subsidize their state-owned airlines, by addressing the flow of massively subsidized capacity on routes U.S. carriers compete on.