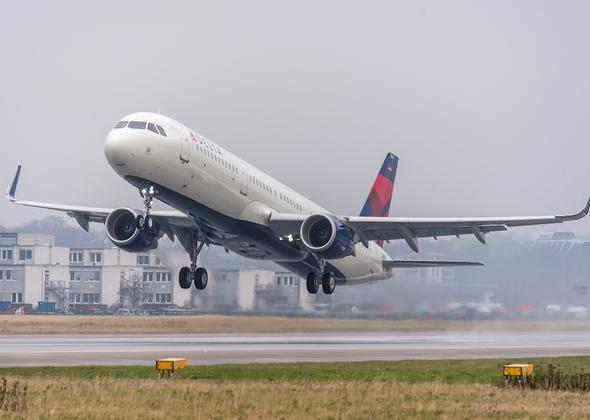 Delta Air Lines flew without a mainline flight cancellation for the 30 days of November, including the busy Thanksgiving period, setting a company record and highlighting the intense focus of Delta's 80,000 employees on delivering a safe, reliable operation for the 180 million customers Delta flies each year.1

The airline also finished the month by setting a record for on-time performance for any month in its post-merger history. In all, 82.5 percent of mainline flights arrived at the scheduled arrival time (A0) and 93.2 percent of flights arrived within 14 minutes of arrival time—a common industry metric signifying on time (A14). Delta's previous record for both metrics was last set in October 2016.2

"Our employees are steadfastly committed to delivering on Delta's promise to be a safe and reliable airline and we're proud of the progress we've made to offer our customers an industry-leading global operation," said Gil West, Delta's Chief Operating Officer. "We are resolved to continue to improve, to set and break more performance records, and make the experience even better for our customers."

Delta's record mainline performance, when combined with the Delta Connection regional operation, has resulted in 84 days so far in 2017 without a cancellation anywhere across the system—besting last year's total of 81 days by more than a month. Delta Connection accounts for 42 percent of the airline's annual flying.4

[1] Based on Delta's internal statistical reporting of all Delta-operated mainline flights scheduled between Nov. 1, 2017, and Nov. 30, 2017. Delta operated 16 mainline international flights on a delayed basis during the month via substitute flights using Delta aircraft with an alternate flight number.

[2] Based on Delta's internal flight operations reporting for on-time arrivals between Nov. 1, 2017, and Nov. 30, 2017, based on Delta mainline flights flown.

[3] Based on Delta's internal flight operations reporting for Nov. 1, 2017, to Nov. 30, 2017, based on flights scheduled across Delta's mainline and Delta Connection system.

[4] Based on Delta's internal flight operations reporting for Jan. 1, 2017, to Dec. 1, 2017, based on flights scheduled across Delta's mainline and Delta Connection system.