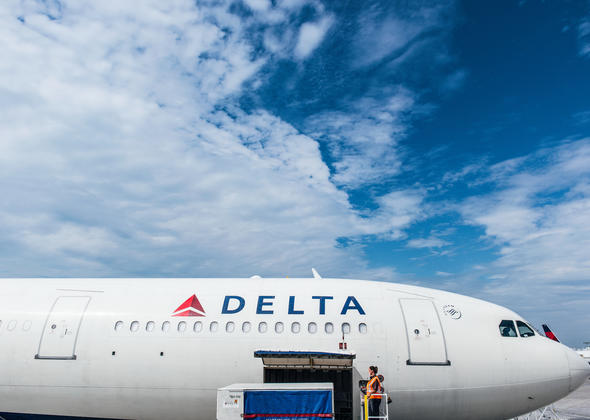 For the first time in Delta's history, the airline flew more than 700,000 customers in a single day—700,094 to be exact— capping off a busy July 4 holiday weekend travel period and besting its previous record notched on June 21 this year.

Equivalent to moving the population of Washington D.C. in a day, the new record marks the near midpoint of a busy summer where Delta and its regional partners fly more than 6,000 mainline and Delta Connection flights on average across the global network daily.

"Operating an airline, and taking care of hundreds of thousands of customers every day is the ultimate team sport," said Gil West, Delta's Chief Operating Officer. "This summer, we've moved more customers in our airline's history safely and reliably, thanks to the 80,000 Delta employees who come together in a way that only Delta people can."

Despite challenging weather and other operational constraints, Delta employees have run an industry-topping operation, with 4,900 fewer flights canceled in 2019 compared to the previous year.1

Delta plans to operate its busiest scheduled day of flying on August, 2 when 6,201 flights are planned to take to the skies.

While Monday was Delta's busiest from a flown customer perspective, Sunday July 7 saw the highest single day revenue in the airline's history.

[1] Based on Delta's internal statistical reporting of all Delta and Delta Connection flight scheduled between Jan. 1, 2019 and July 1, 2019.