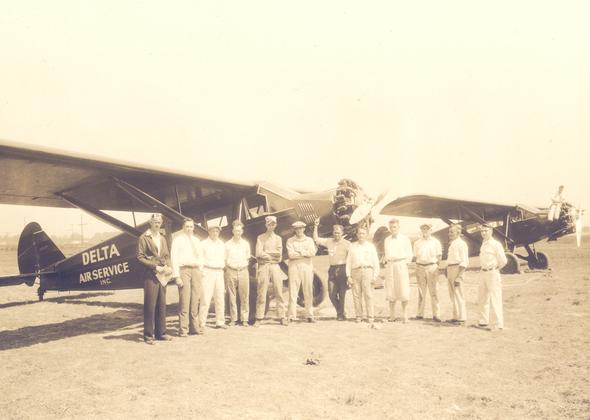 Download
The collection housed by University of Georgia Libraries contains Delta’s digitized timetables, flight maps and annual reports for the past century, giving a peek into the airline’s immense history.
DELTA NEWS ON THE GO. Subscribe and follow.

Artifacts from Delta Air Lines’ storied past are now easily accessible online for everyone from frequent-flying aviation geeks to airline novices thanks to a partnership with the Digital Library of Georgia, housed by University of Georgia Libraries.

The partnership with DLG signifies Delta’s commitment to partner with organizations in Delta’s home state.

The collection contains Delta’s digitized timetables, flight maps and annual reports for the past century, giving a peek into the airline’s immense history.

“For nearly 100 years, Delta people have built the world’s most award-winning airline while driving commercial aviation forward to better connect the world,” said John Boatright, Delta Flight Museum President. “And while visiting the Delta Flight Museum is an experience like no other, partnering with the Digital Library of Georgia means that the documents and stories of our history can now be enjoyed by educators, researchers, employees, customers and aviation enthusiasts around the globe.”

Below, take a look at five of our favorite artifacts from the new digital archive: 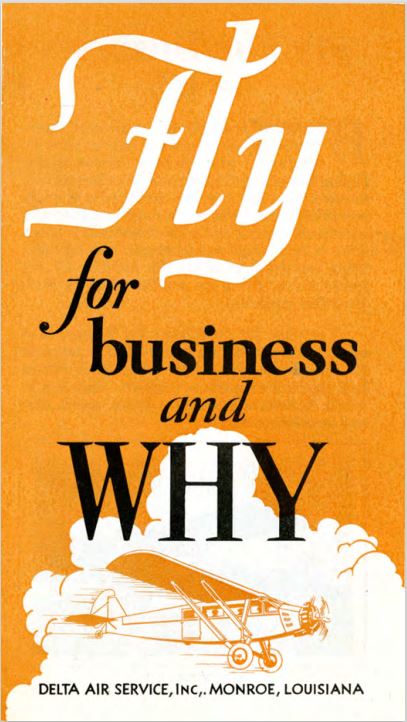 This brochure documenting Delta’s entry to passenger service describes air transportation for businessmen as reliable, cost-saving and efficient. The expansion was significant for Delta, which began in 1925 as a crop-dusting company based out of Macon, Georgia, and then Monroe, Louisiana.

This pamphlet details flight schedules and fares for customers, with service to 10 locations in the Southern U.S. 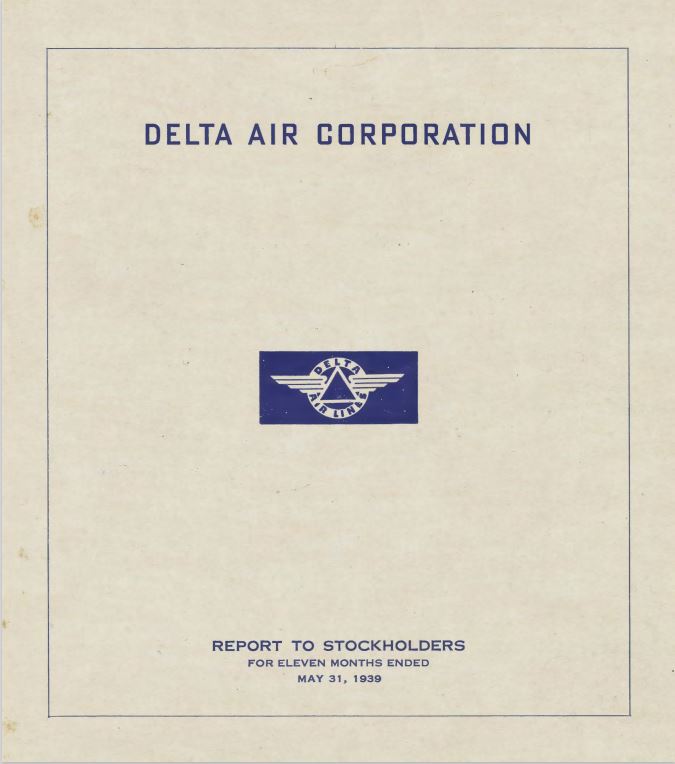 The oldest annual report in the collection dates to 1939, when the company was known as Delta Air Corporation based out of Monroe. Delta later moved its headquarters to Atlanta in 1941 and would officially become Delta Air Lines four years later in 1945. 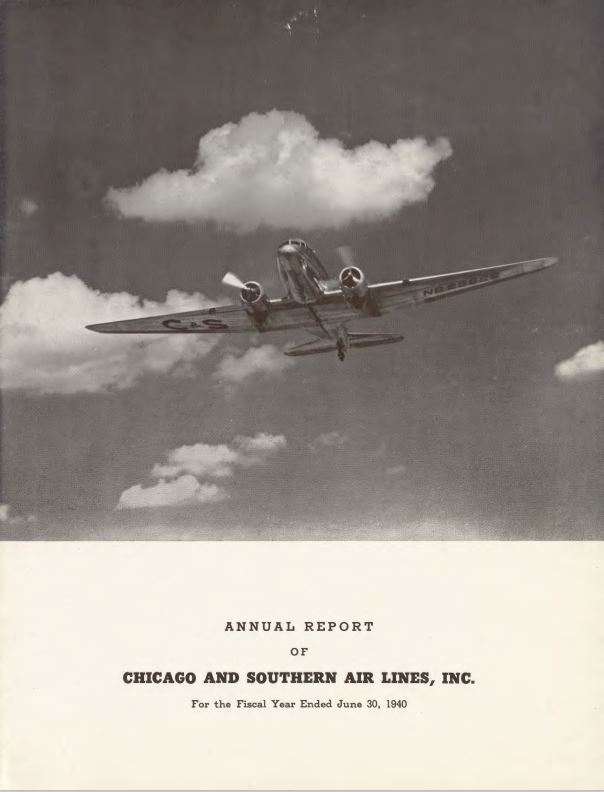 Delta Air Lines’ first international routes to the Caribbean and Venezuela grew out of its first airline merger with Memphis, Tennessee-based C&S in 1953. The collection above houses annual reports for C&S from 1940-1953, before the merger with Delta. 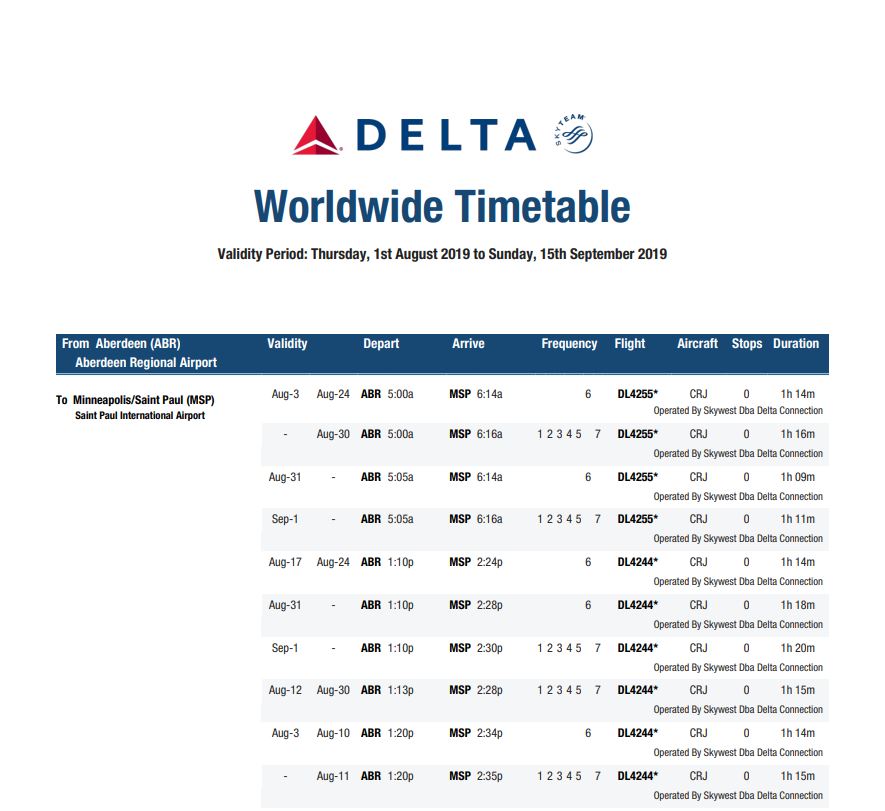 The Delta Flight Museum is a premier international destination located in the heart of Delta Air Lines’ worldwide headquarters in Atlanta, where visitors explore aviation history, celebrate the story and people of Delta, and discover the future of flight.

Housed in Delta’s historic 1940s aircraft hangars, the not-for-profit Delta Flight Museum offers an unmatched experience for aviation enthusiasts of all ages. A fleet of rare vintage aircraft and artifacts from more than 40 airlines related to Delta enhance our interactive experiences and unique event and education spaces. Visit online at deltamuseum.org

About the Digital Library of Georgia

The Digital Library of Georgia is an award-winning initiative of GALILEO, Georgia’s statewide virtual library, housed at the University of Georgia Libraries. With the state's cultural heritage organizations, the DLG shares Georgia's history online for free through its websites. The project supports its partner organizations by offering free and low-cost services. The DLG also serves as Georgia's service hub for the Digital Public Library of America and as the home of the Georgia Newspaper Project, the state's historic newspaper preservation project.

Visit the DLG at dlg.usg.edu. 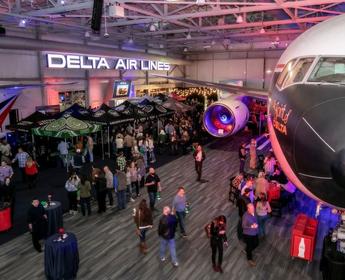 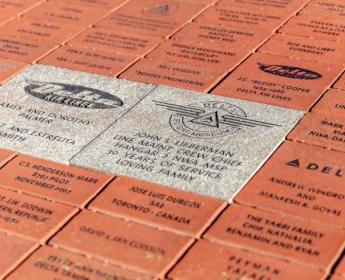