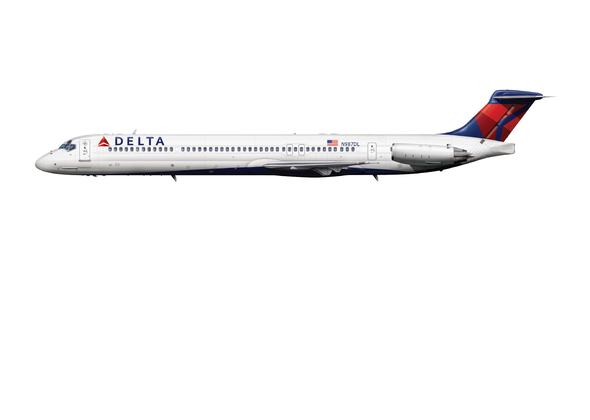 Download
​​Delta's MD-88s and MD-90s will depart on their last scheduled revenue flights on June 2, as Delta officially retires the "Mad Dog" jets from the fleet.
DELTA NEWS ON THE GO. Subscribe and follow.

​​Delta's MD-88s and MD-90s will depart on their last scheduled revenue flights on June 2, as Delta officially retires the "Mad Dog" jets from the fleet.

In a nod to the T-tail jet's name, Delta Flight 88, a McDonnell Douglas MD-88, will depart on its last scheduled revenue flight on the morning of Tuesday, June 2, from Washington-Dulles International Airport to our hub in Atlanta. Earlier that same morning, Delta Flight 90, operated by an MD-90 aircraft, will fly from Bush Intercontinental Airport in Houston to ATL.

Once on the ground in Atlanta, the aircraft will join several other MD-88s and MD-90s as they fly to Blytheville, Ark., where they will be officially retired from the fleet.

Last month Delta announced its plans to retire the MD-88 and MD-90 fleet earlier than previously planned due to the COVID-19 pandemic's impact on travel demand. Delta has been able to react quickly to the COVID-19 crisis by parking aircraft and considering early retirements of older, less efficient airplanes. Delta continues to evaluate its broader fleet plan and will consider additional aircraft retirements to focus on a modern, simpler fleet going forward.