On a crisp fall day, Delta celebrated the dedication of its latest Habitat for Humanity home – this time in Pacific, Wash.

Delta has built more than 200 homes as a longtime partner of Habitat for Humanity, and this was the fourth build in the Seattle area. But this home was different – it brought together two causes close to the hearts of Delta people: Habitat for Humanity and support for the U.S. military. 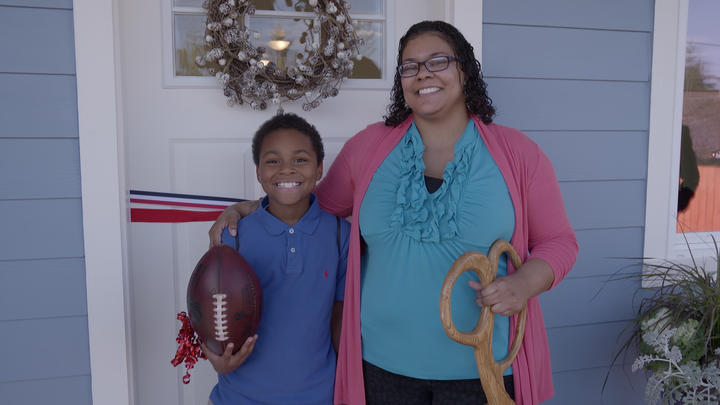 The home is the first in an all-Habitat development designed specifically for military veterans and their families, designed in partnership with Habitat for Humanity Seattle – King County. The homeowner, Rachel Grinage, is a decorated U.S. Navy veteran and single mother who works as a pharmacy tech in a supermarket.

“Being a homeowner means the world to me,” Grinage said. “It will be my dream come true. It means happiness, stability and safety. It means everything.”

With more than 10,000 veteran and active military employees, Delta is a longtime supporter of the U.S. Armed Forces. Over five weeks, more than 300 Delta employees – many of them veterans themselves – volunteered their time and their hearts to help build the home.

“Many hands make light work,” said Kelly Bishop, a Seattle-based employee who helps lead Delta’s Habitat program in Seattle. “I believe many hearts make life work. It’s not about hammering nails; it’s about the community and bringing the community together.”

The dedication kicked off with a ceremonial flag rising and the playing of the National Anthem. By the end, Grinage and her son Ahmad were the proud owners of a new home and lifetime members of the Delta family.

Next year, Delta people in Seattle will build another home in the community – and Grinage and Ahmad will be the first to welcome new veteran families to the neighborhood.