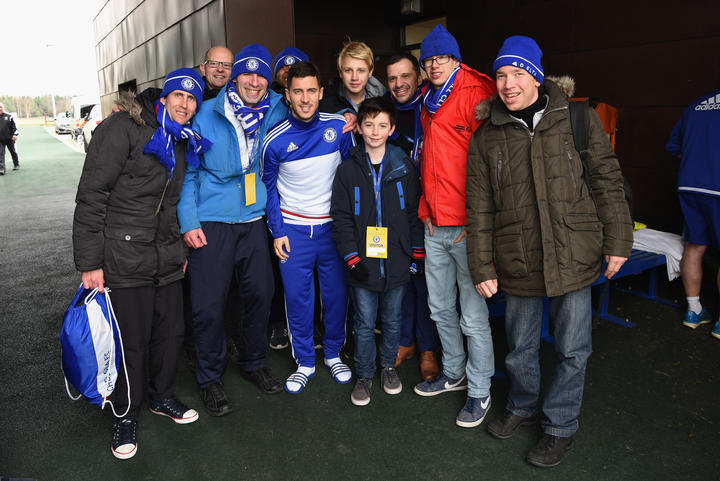 Participants from the Special Olympics in Belgium enjoyed a day out at Chelsea’s training ground near London this week after winning a competition to find the organization’s biggest fans.

Delta has supported the Belgium Special Olympics for the past year, volunteering at the national games. The local Sales team launched the video competition to encourage team spirit among the 20 clubs and give something back to the athletes for their hard work at training. Each group had to submit a one-minute video demonstrating team spirit and what it means to them to see Chelsea.

“We wanted to continue our relationship with the Special Olympics by doing something for the athletes away from the track or pool that they will always remember,” said Frederic Schenk, Manager – Sales, Belgium. “The clubs put a lot of effort into their videos and it was clear that meeting their sporting heroes and watching them train was a dream come true.”

Following the training session, the group of five athletes and two coaches got to meet their favorite Chelsea players, including Willian, Eden Hazard and Belgian goalkeeper Thibaut Courtois, and take home signed merchandise.

Delta has been the Official Airline partner of Chelsea FC for the past four seasons.

Watch the winning video above.