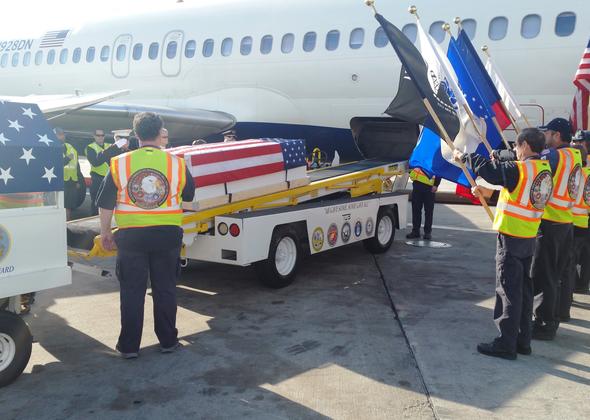 After Marine Pfc. Ben H. Gore was killed in fierce fighting in the Gilbert Islands in 1943, his body was buried in a local battlefield cemetery. After the war U.S. officials went to the Pacific to bring the remains of American servicemen home, but Gore’s were not found.

Fittingly, it was today, on Veterans’ Day, that Gore’s body was finally sent to his hometown of Hopkinsville, Ky. And when his long journey brought him to Atlanta on Delta Air Lines, the Delta Honor Guard took time to pay tribute. 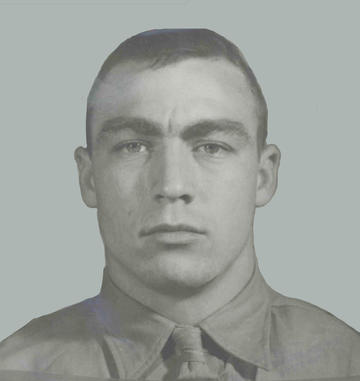 The Honor Guard is a group of Delta employee volunteers who greet every airplane that carries the remains of fallen military service men and women at the Atlanta airport. Many on the team have served in the armed forces themselves.

A brief, somber ceremony takes place. The casket is pulled from the aircraft while flags from all five military branches are displayed behind a military escort. A prayer is recited while the remains are secured to a specially made cart. Then a Delta Honor Guard coin is presented to the military escort or fallen service member’s next of kin.

Gore, who was 20, was one of about 1,000 Marines and sailors who died during or after the four-day battle, which due to their sacrifice ended as an important Allied victory in the Central Pacific Campaign against the Japanese empire.

Gore’s remains were declared non-recoverable in 1949, after U.S. personnel had spent parts of two years searching for fallen Americans. In 2015, an organization called History Flight discovered a burial site in the area. Gore’s remains were identified in part through a DNA match to his niece, according to the Defense POW/MIA Accounting Agency.