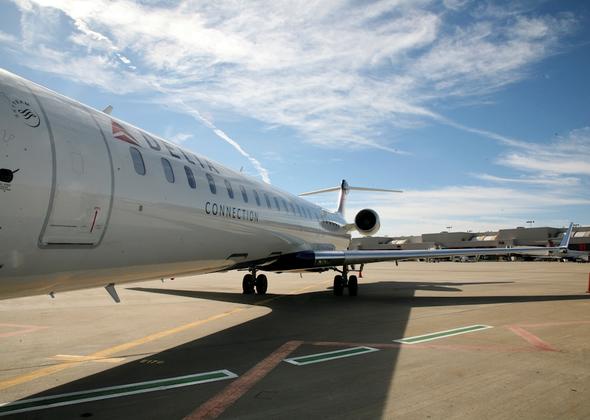 ​​Delta is deepening its investment in communities throughout its hometown state of Georgia with more flying from Albany, Brunswick, Columbus and Valdosta to the airline's Atlanta hub. Each market will see one additional daily frequency to Hartsfield-Jackson Atlanta International Airport beginning next spring, increasing seat capacity to and from these Georgia communities by 35 percent in 2020.

"With more than 200 destinations served from Hartsfield-Jackson, including recently added nonstop service to destinations including Havana, Seoul and Shanghai, these communities now have even more connections across the globe while supporting economic development here at home," said Joe Esposito, Senior Vice President — Network Planning.

The additional Brunswick flight will begin on May 22, 2020; while the increased flying to and from Albany, Columbus and Valdosta will start on June 8, 2020. Delta Connection carrier SkyWest will operate the Albany and Valdosta flights and three of the four Brunswick frequencies, all on Canadair regional jet aircraft. Delta Connection carrier Endeavor Air will operate the Columbus flights as well as the remaining Brunswick frequency, which will upgrade to a 2-class CRJ-900 aircraft.

"With roots in Georgia dating back to 1924, Delta Air Lines has helped put our state on the map as a gateway to the global economy," said Georgia Governor Brian P. Kemp. "Delta serves 80 percent of key U.S. destinations within a two-hour flight from Atlanta, and as these new flights begin operating, they will open new doors for economic growth in every corner of our state. I am grateful for Delta's partnership and their continued investment in Georgia."

Delta has long called Atlanta home and today operates more than 1,000 peak-day departures from its ATL hub. The airline employs tens of thousands of Georgians – it's among the state's top private employers – and contributes millions of dollars and countless volunteer hours to charities and organizations throughout the metro area.

Flight schedules are as follows: