Since launching service to Tel Aviv, Israel on March 27, 2006, Delta has transported more than 1.1 million passengers on its daily flights between Israel and the United States. Delta initially served Tel Aviv with nonstop flights from Atlanta before transferring the route to its New York-JFK hub in 2009, in response to customer demand for travel to New York City. 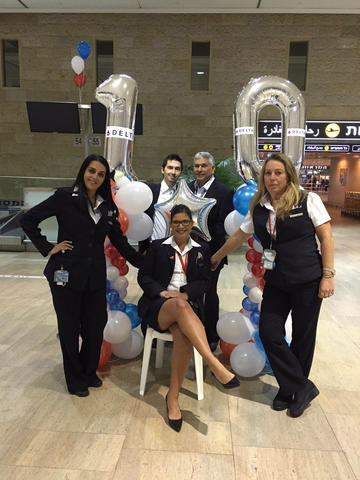 “Tel Aviv was one of the first routes launched during Delta’s greatest period of international expansion a decade ago and has performed well ever since,” said Nat Pieper, Delta’s Senior Vice President for Europe, Middle East and Africa. “We’re proud to mark our 10th anniversary in the market and look forward to launching additional frequencies this summer, increasing the number of weekly seats available on this route by 2,300.”