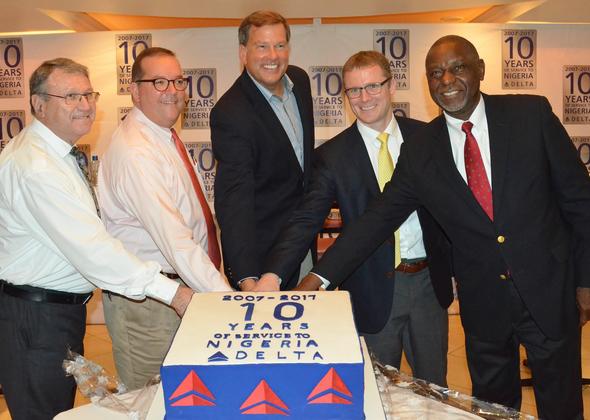 LAGOS — Delta Air Lines today marked its 10th anniversary of nonstop service between Lagos and Atlanta. Launched on Dec. 4, 2007, Delta remains the only, U.S. airline to fly nonstop between Nigeria and the United States and has carried more than 1.1 million passengers between the two nations over the past decade.

“It’s an honour to serve Lagos. For 10 years it has been an important route in our trans-Atlantic network not only for the business community, but also for customers reuniting with friends and families across the United States,” said Bob Cortelyou, Delta’s Senior Vice President — Network Planning. “With this milestone comes a new flight to New York-JFK starting in March and our customers can be sure we remain as committed as ever to delivering the very best in terms of network, schedule and on-board experience in Nigeria.”

From Mar. 26, 2018, the airline will operate daily service between Lagos and the United States, with four weekly services to Atlanta complemented by three new weekly flights to New York-JFK. Both routes will be operated using A330-200 aircraft, recently introduced onto the Lagos-Atlanta route, adding more seats and offering an enhanced on-board experience.

In addition to fully flat-bed seats in Delta One, Wi-Fi access, screens at every seat and free-mobile messaging throughout the aircraft, Delta’s services between Lagos and Atlanta are tailored to meet the preferences of local customers. This includes regionally inspired cuisine with locally sourced ingredients, offering a wider selection of sodas and fruit juices, and showcasing Nigeria’s vibrant film industry.

1.12 — Million customers have flown between Nigeria and the United States on Delta’s flights

6,300 — Delta flights operated between Nigeria and the United States 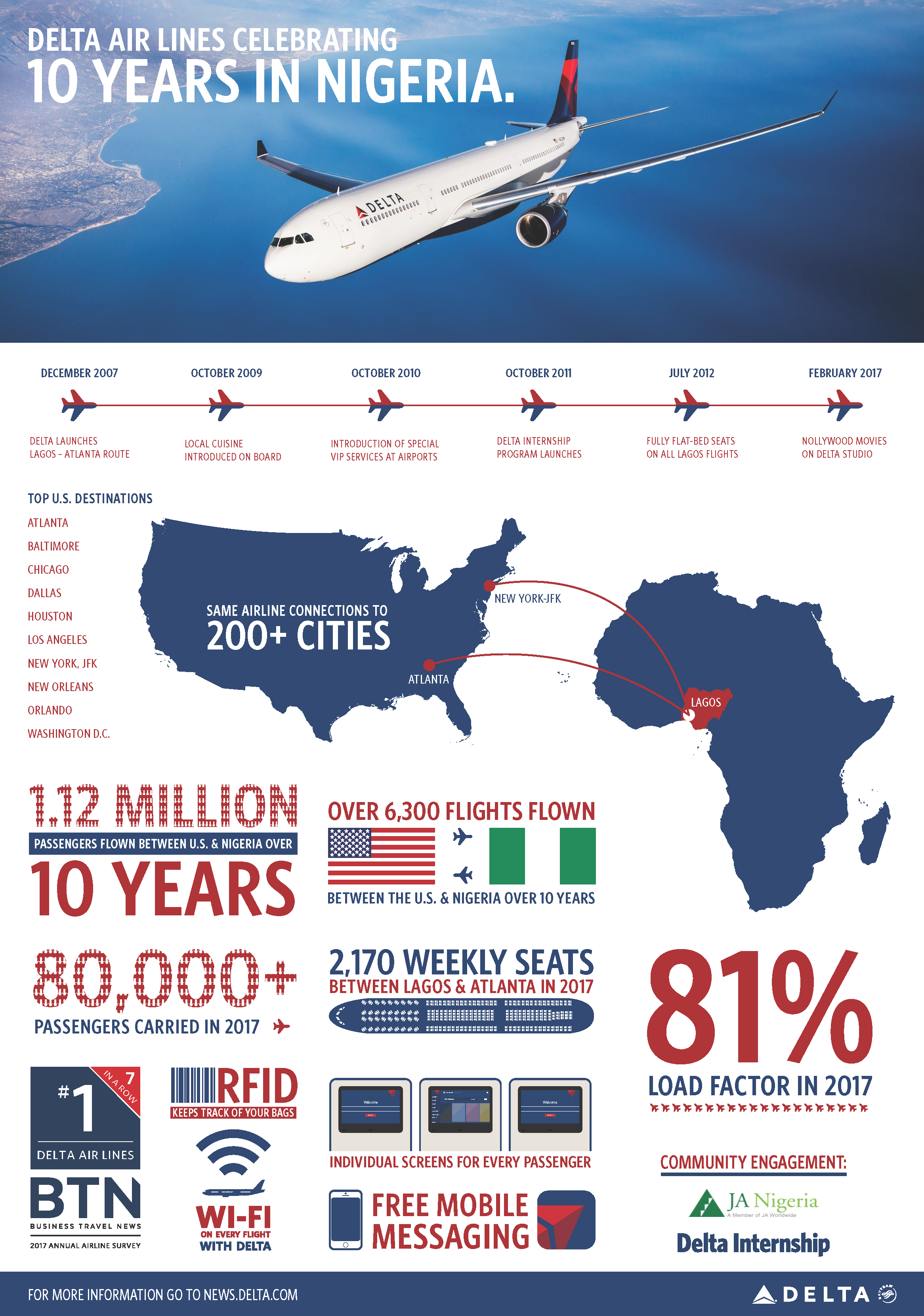