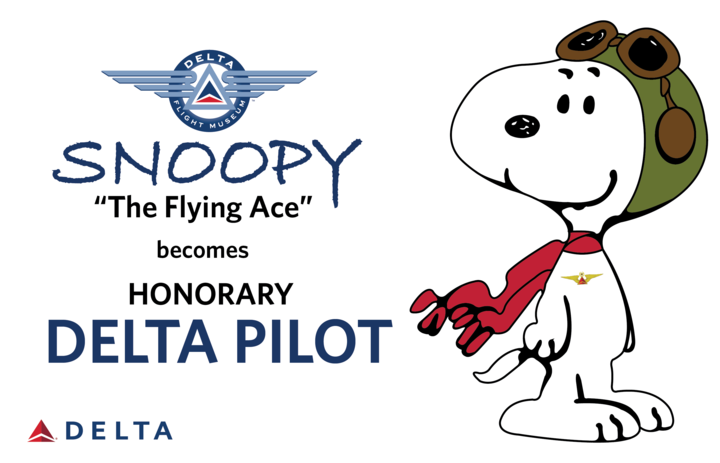 Sixty-five years ago, Snoopy, the World Famous Flying Ace, first took to the skies. In celebration of his larger-than-life adventures, Delta on Thursday bestowed the beloved beagle with the title of Honorary Delta Pilot during a ceremony at the Delta Flight Museum. 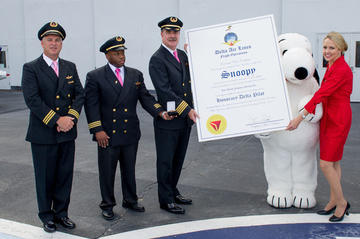 Snoopy reached his dream to earn his pilot wings in advance of the Nov. 6 release of the 20th Century Fox film, THE PEANUTS MOVIE.

Joining Snoopy in the induction ceremony were Craig Schulz, Writer and Producer of THE PEANUTS MOVIE; Steve Martino, Director; and the talented voices behind Charlie Brown, Lucy, the Little Red-Haired Girl and Franklin.

“We are thrilled to celebrate the upcoming release of THE PEANUTS MOVIE and the history of an iconic family brand,” said Boatright. “Similarly, the Delta Flight Museum advances the exploration of aviation history and the future of flight. We are proud to salute those who share our mission.” 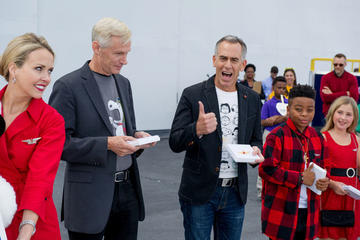 Martino noted that flying has been a large part of his life, including during his work on THE PEANUTS MOVIE.

“Delta has been my commute from JFK to San Francisco,” said Martino. “It’s also wonderful to have a chance to visit Delta’s great museum. When I first walked in, I was amazed.”

Schulz, who is a private pilot and instructor, also shares a love for aviation.

“I want to climb inside the DC-3,” said Schulz.