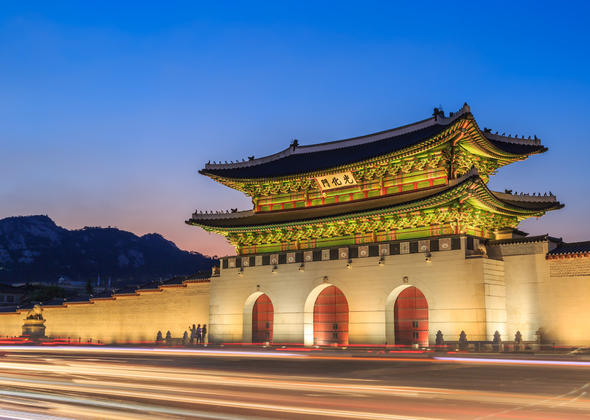 In April 2019, Delta will commence service from Seoul-Incheon to Minneapolis/St. Paul, using the airline’s newly refurbished 777 fleet. Available for sale now, this new flight — in cooperation with Delta’s joint venture partner Korean Air — offers among the best connections between the Midwest and Asia and complements the airline’s existing nonstop service to Seoul from Atlanta, Seattle and Detroit.

The new flight from Minneapolis, along with recently announced Boston-Logan/Seoul-Incheon service that Korean Air will operate in April 2019, are the first additions to the joint venture’s Seoul-Incheon network since the two carriers launched their partnership in May.

“This additional Delta flight will be an exciting way for many of our customers in Minnesota and in cities across the U.S. to access Seoul and dozens of destinations in Asia with one convenient connection in the world-class Terminal 2 at Incheon,” said Steve Sear, Delta’s President – International and Executive Vice President, Global Sales. “We look forward to April when the inaugural flight takes off from both airports, signifying how the Delta-Korean Air joint venture benefits our customers, our employees, the communities we serve and our shareholders.”

The service is Delta’s second trans-Pacific nonstop flight from its MSP hub, complementing existing service to Tokyo-Haneda, where Delta also intends to deploy the refurbished 777-200ER aircraft in November 2018.

With 29 peak-day flights between the U.S. and Asia, the joint venture between Delta and Korean Air offers customers world-class travel benefits across one of the most comprehensive route networks in the trans-Pacific market.  The partners recently expanded codeshare flying and earlier this year received government approval for a trans-Pacific joint venture that will enhance connectivity between the U.S. and Asia giving customers more choice for seamless travel. Both airlines have also improved their loyalty programs’ reciprocal benefits, including the ability to earn more miles on both loyalty programs and redeem them on the expanded network.

Korean Air, established in 1969, is one of the world's top 20 airlines carrying more than 26 million passengers in 2017. The airline operates over 460 flights per day to 123 cities in 43 countries on six continents; it has a modern fleet of 173 aircraft and employs over 20,000 professional employees.  Korean Air’s core business includes passenger, cargo, aerospace, catering and in-flight sales.  The airline's main hub is at the newly-opened Incheon (ICN) International Airport Terminal 2.

Korean Air is a founding member of the Sky Team airline alliance, which together with its 20 members annually welcomes 730 million passengers worldwide, on more than 16,609 daily flights, covering 1,074 destinations in 177 countries. The airline recently launched a joint venture partnership with Delta Air Lines in the trans-Pacific market.

In 2019 Korean Air will celebrate its 50th anniversary. With a vision to be a respected leader in the world airline community, Korean Air is dedicated to provide excellence in flight.

Delta Air Lines serves more than 180 million customers each year. In 2018, Delta was named to Fortune’s top 50 Most Admired Companies in addition to being named the most admired airline for the seventh time in eight years. Additionally, Delta has ranked No.1 in the Business Travel News Annual Airline survey for an unprecedented seven consecutive years. With an industry-leading global network, Delta and the Delta Connection carriers offer service to 324 destinations in 57 countries on six continents. Headquartered in Atlanta, Delta employs more than 80,000 employees worldwide and operates a mainline fleet of more than 800 aircraft. The airline is a founding member of the SkyTeam global alliance and participates in the industry’s leading trans-Atlantic joint venture with Air France-KLM and Alitalia as well as a joint venture with Virgin Atlantic. Including its worldwide alliance partners, Delta offers customers more than 15,000 daily flights, with key hubs and markets including Amsterdam, Atlanta, Boston, Detroit, Los Angeles, Mexico City, Minneapolis/St. Paul, New York-JFK and LaGuardia, London-Heathrow, Paris-Charles de Gaulle, Salt Lake City, São Paulo, Seattle, Seoul, and Tokyo-Narita. Delta has invested billions of dollars in airport facilities, global products and services, and technology to enhance the customer experience in the air and on the ground. Additional information is available on the Delta News Hub, as well as delta.com, Twitter @DeltaNewsHub and Facebook.com/delta.