Holtz was awarded the honor for Delta’s excellent operational reliability at the BTN Business Travel Trends and Forecast in New York this week. Because of prior commitments, Holtz (second from left in photo above) was unable to attend the ceremony. 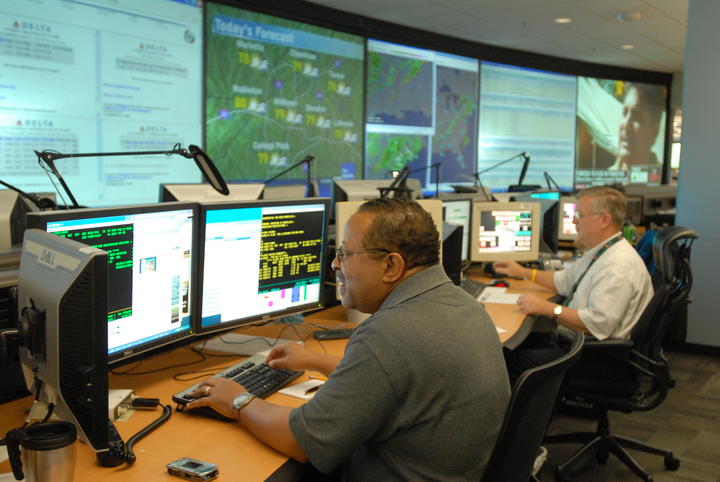 To date this year, the airline has logged an industry record 149 days with no canceled flights, achieving a 99.56 percent “completion factor.” In addition, 86.2 percent of Delta mainline flights have clocked in on time.

“Ranging in influence from driving dominant operational excellence to delivering far-reaching regulatory decisions to enabling business travelers to make the earth a better place, this year’s list represents one of BTN’s most dynamic and diverse,” BTN wrote in a news release.

With more than 35 years of service to Delta, Holtz is an industry veteran. He is in charge of directing Delta’s daily performance results and customer service recovery efforts on 2,500 daily departures around the world. Holtz started in Airport Customer Service, where he served as above-wing and below-wing leader and hub control manager.

Holtz said the award belongs to the OCC’s employees, not him individually, as operations is a team sport. He said he plans to display the award prominently in the OCC “trophy case.”

“This is a reward for the OCC team and the frontline employees of Delta Air Lines, who are empowered and focused on running the greatest operation in the world,” Holtz said. “This is a recognition of the hard work of the Delta people across the system, who have turned operational performance into customer service excellence.”