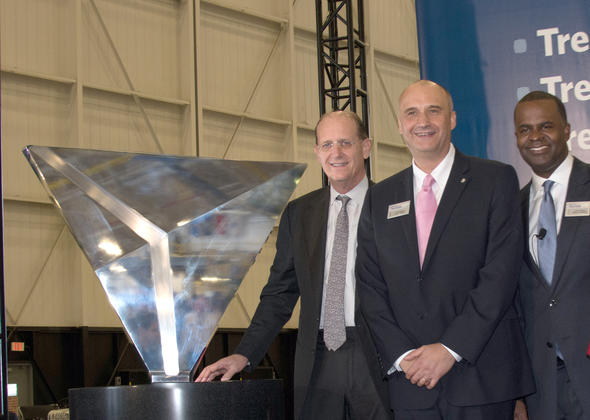 Delta TechOps will add the Trent XWB and Trent 7000 commercial jet engine types to its Maintenance, Repair and Overhaul portfolio. 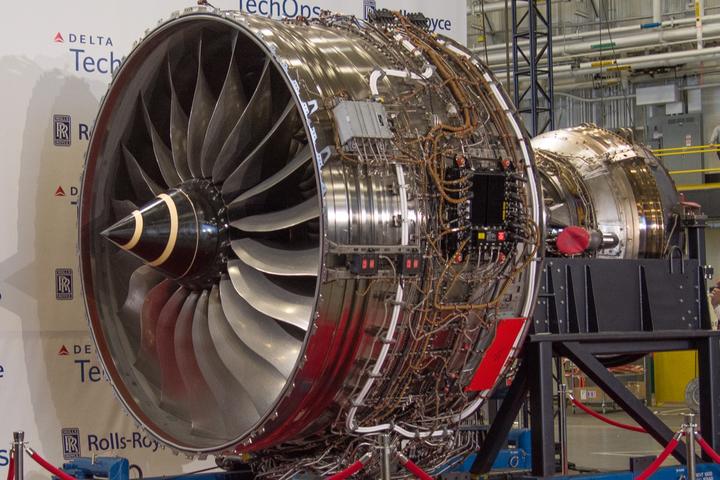 "Today's agreement ensures that thousands of Delta TechOps' jobs are secure in the decades ahead," said Richard Anderson, Delta's Chief Executive Officer. "Rolls-Royce jet engines will not only power Delta's international fleet of the future, but now TechOps will be available to support many other commercial operators in the Americas and beyond."

The move is also good jobs news for metro Atlanta and Georgia, where Delta is the state's No. 1 private employer with 33,000 workers statewide.

Design work of the expanded engine maintenance facility at Delta's Technical Operations Center in Atlanta will commence in 2016 with construction expected to begin in 2018. The expansion will include space for all aspects of engine overhaul work including a new test cell, a massive concrete installation where stationary jet engines are run at full thrust. Expanded refurbishment areas for blades and vanes, rotors and dozens of other engine components are also planned.

"We thank the City of Atlanta and Mayor Kasim Reed for championing Delta people and working with us to complete this important deal with a world-class manufacturer like Rolls-Royce," Anderson said. "Delta is proud to call Atlanta home and remains committed to working with and investing in the City of Atlanta, in academic institutions like Georgia Tech and injecting millions of payroll dollars in the local economy." 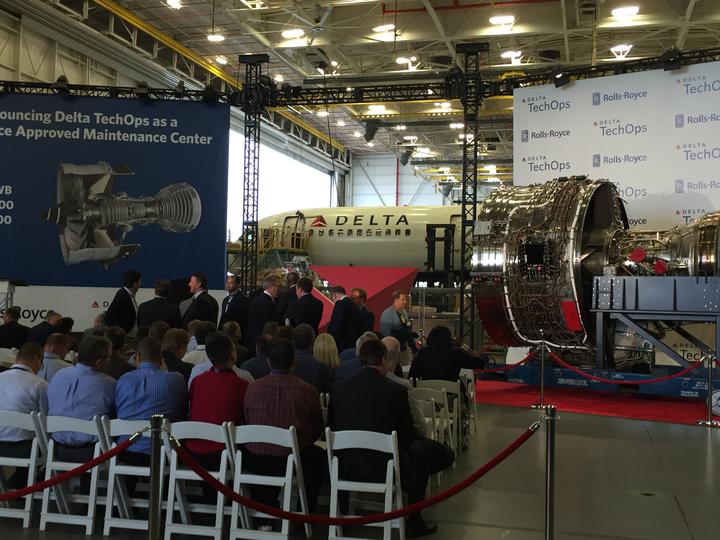 Reed, speaking at the announcement Monday morning at the Technical Operations Center, said the relationship between the city and Delta make Atlanta's growth possible.

"We are excited to announce Delta TechOps as a new independent Approved Maintenance Center as we continue to develop a competitive and capable overhaul network. We know that Delta TechOps will deliver outstanding performance on their own engines and those of other customers."

Delta TechOps currently overhauls more than 600 jet engines every year at its Atlanta and Minneapolis/St. Paul facilities. Technicians conduct highly technical, specialized work with industry-leading turn times, ranging from a few days to more than one month. Engine components are disassembled, overhauled, fabricated, reassembled and evaluated by state-of-the-art non-destructive testing that inspects components for imperfections in addition to full-thrust runs in test cells.

Measuring more than 2.7 million square feet, the Atlanta Technical Operations Center drives maintenance and operational reliability for Delta's fleet of more than 800 aircraft and MRO services for more than 150 operators worldwide, including airframe and component maintenance, a variety of logistical and support services, and engine work. It has served as a primary base for Delta TechOps since the 1960s, adjacent to Hartsfield-Jackson Atlanta International Airport, where Delta runs the world's largest hub airport operation.

“Engine shops and hangars are what make Delta go,” Anderson observed at the event.

Read more about Delta's contributions to its hometown here. 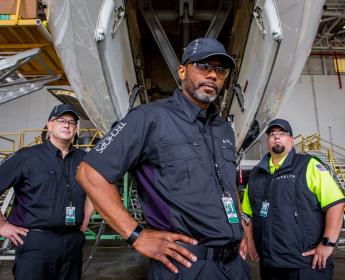